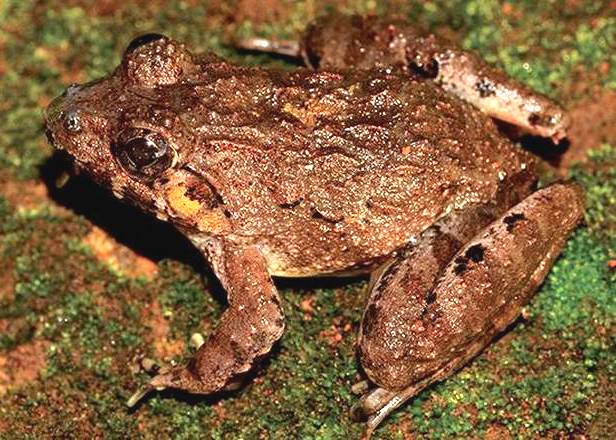 Bhubaneswar: In a major discovery in wildlife, two new frog species were spotted for the first time, each from Eastern Ghats and Western Ghats.

The two frog species — Fejervarya Kalinga and Fejervarya Krishnan — discovered by a team of herpetologists of Wildlife Institute of India (WII), Zoological Survey of India (ZSI) and North Orissa University (NOU) is indicator of a healthy ecosystem.

The herpetologists claimed that frogs of Kalinga species breed only during winter instead of monsoon season.

Fejervarya Kalinga was first spotted from various areas of Eastern Ghats by eminent Professor Sushil Kumar Dutta of NOU who was the part of the team of herpetologists. Similarly, Fejervarya Krishnan was discovered by the post-doctoral research scholar associated with WII Prudhvi Raj from a locality near Jog Falls in Shivamogga district of the State of Karnataka.

Fejervarya Kalinga is widely found in the range from Godavari River basin to Mahanadi River basin. It is one of the largest of its group and grows up to 6.5 cm, whereas the Krishnan cricket frog grows upto 2 cm in size. The two new frog species live in agricultural fields, streams, swamps and wetlands.

The new species live in perennial hill streams. They remained unnoticed due to their secret habit and similarities with other similar looking species of cricket frogs. However, many species are yet to be discovered from the Eastern and Western Ghats, said Porf Dutta.

Two women save youth from crocodile attack in Odisha’s Kendrapara