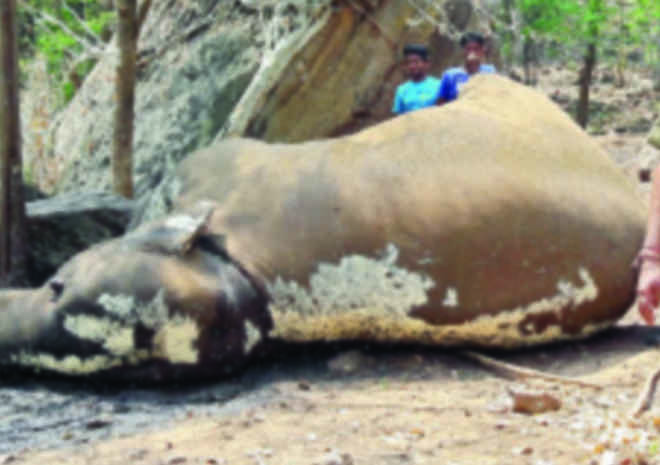 A female elephant died of suspected sunstroke at Niyamgiri hills under Kalyansinghpur forest area in Rayagada district in Odisha.

Though the exact reason behind the death is still unclear, the elephant might have died of sunstroke, said DFO P Sanjeev Reddy.

According to report, a tusked elephant, a female elephant and an one-year-old baby elephant were traced at Railima and its adjacent areas during elephant counting exercise by the forest department four days ago.