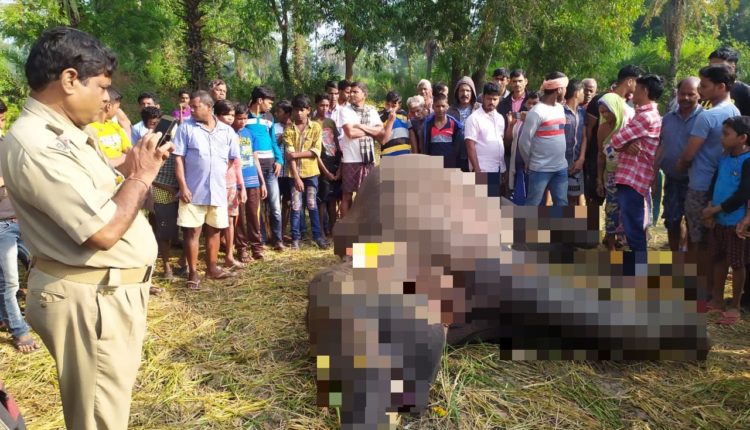 Dhenkanal: A female elephant was found dead at a farmland near Basantapada village under Parjang police limits in Odisha’s Dhenkanal district, today.

Locals spotted the carcass this morning and informed the Forest Department officials, who reached the spot and started investigation to ascertain the reason behind the death of the pachyderm.

The circumstances under which the animal died can be known after autopsy, an official said. A herd of elephants had last night damaged crops in the area and it is suspected that a fight between the jumbos might have led to the death of the female elephant.