The incident took place in Khilabereni village under Chadheimara panchayat which comes under Kundeigola section of Reamal forest range in the district. 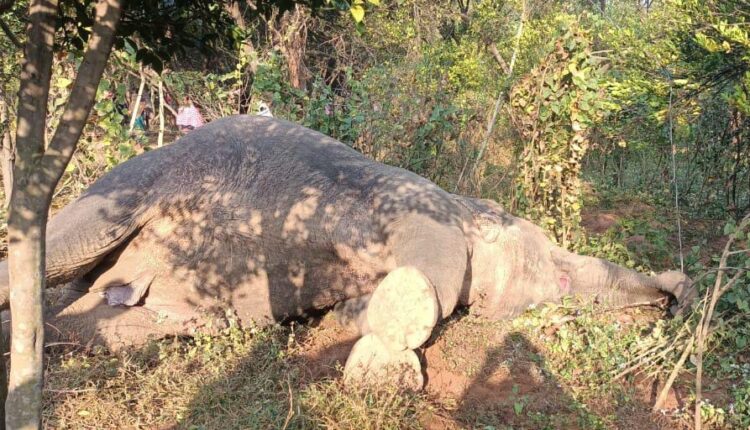 Reamal: A female elephant died after reportedly coming in contact with a live wire at an orange farm in Reamal block of Deogarh district in Odisha here today. The incident took place in Khilabereni village under Chadheimara panchayat which comes under Kundeigola section of Reamal forest range in the district.

As per reports, a herd of 17-18 elephants came into the area and tried entering the orange farm at around 2 am in the night. As the farm was fenced with live wire, one of the female elephants came in contact with it and died on the spot. Since then, the herd has been guarding the pachyderm’s body, sources said. Villagers on getting to know about the incident, informed the forest personnel who reached the spot immediately.

Official sources said the exact cause of death will be ascertained after the postmortem report.

Miscreant fires at woman inside her house in Odisha’s Deogarh, victim critical