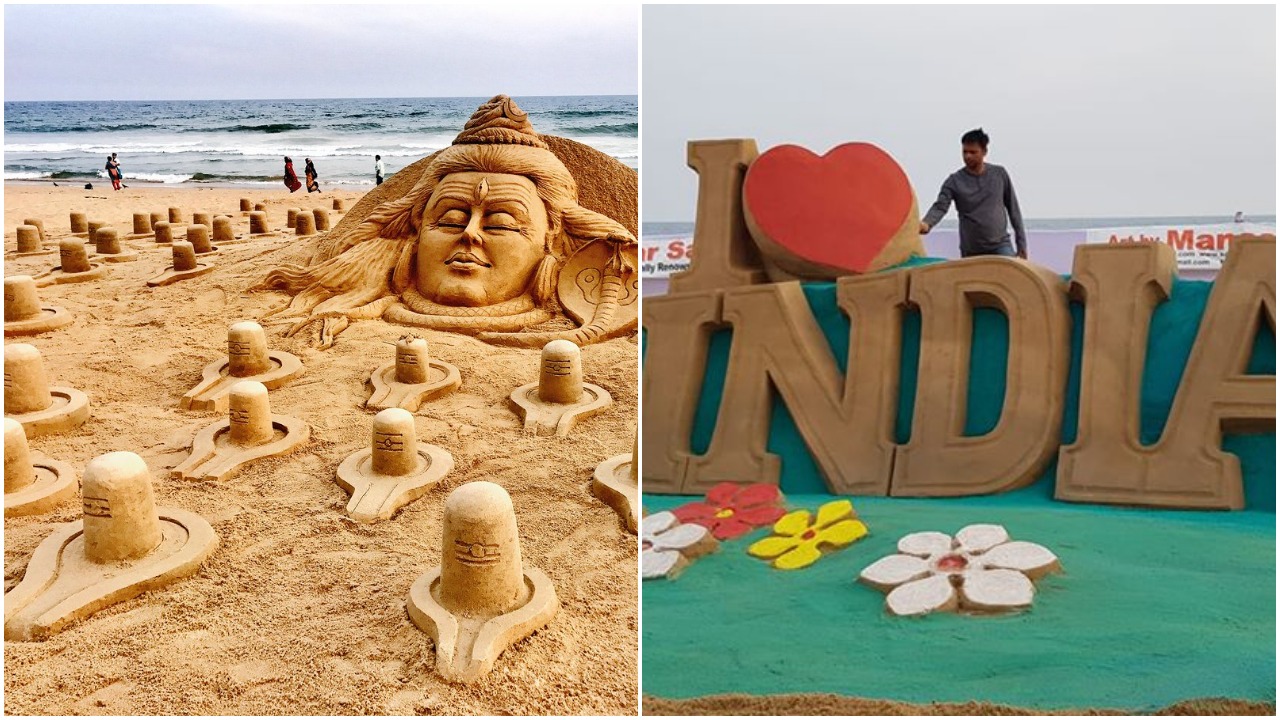 Bhubaneswar: Love is in the air. More so, with Mahashivratri and Valentine’s Day falling on the same day. While the former celebrates the wedding anniversary of Lord Shiva and Parbati, the latter is nothing less than the festival of love.

While one is about going on fast seeking the Lord’s blessings, the other is about dining and wining.

Elaborate arrangements have been made at Lingaraj temple in Old Town of Odisha capital for smooth conduct of Mahashivratri celebrations. Meanwhile, in the sea beach of Puri, international sand artist Sudarsan Pattnaik has created 108 Shiv linga with the message, ‘Pray For World Peace’. He is also targeting to set a new record with it.

Sudarsan had earlier this week sculpted a sand art of Lord Shiv at the Biju Patnaik International Airport in Bhubaneswar.

Subala Maharana has also created a sand art of Lord Shiv on the premises of SBI branch in the city.

While two sand artists have carved the Lord of Lords, Mahadeva, Manas Sahoo has expressed his love for India with a creation near the lighthouse on Puri sea beach.

On the occasion of Valentine’s Day, the sand artist launched his Sand Art Park with ‘Selfie Point’. It took Manas and his students nearly 30 hours to create the sand art, with the message of everlasting love for the country. It has been made in the European style with 25 tonnes of sand.