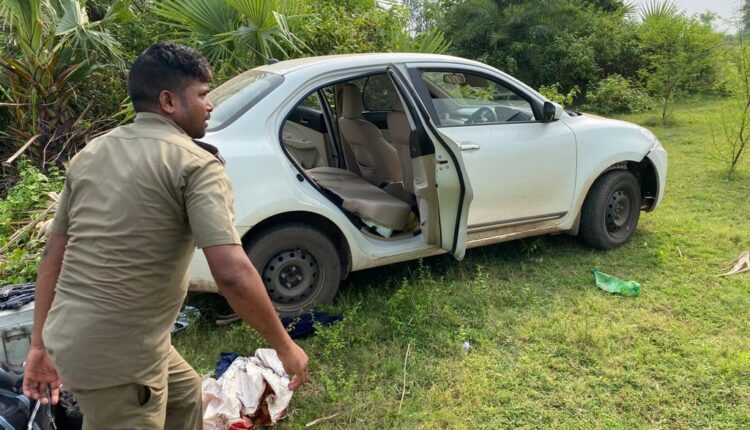 Bhubaneswar/Athagarh: The Odisha Police achieved a major success when it caught three looters involved in robbery of more than Rs 1 crore cash from a van engaged to replenish ATMs of State Bank of India (SBI) today afternoon.

Few hours after the cash van of a private security company carrying cash was looted, the Dhenkanal Police nabbed the three accused and recovered the looted cash.

At around 1:15 PM, the three miscreants intercepted the cash van near Ankola under Athagarh Police Station. They overpowered the gun man present in the vehicle and asked them to get down. The accused  then decamped with the cash van.

The Dhenkanal Sadar Police could locate the vehicle at a road block and asked the vehicle to stop. But when the vehicle did not follow the directive, the police team chased it.

The police team intercepted the vehicle after a brief chase and overpowered its three occupants.

During search the police recovered over Rs 1.05 crore cash, the gun of the cash van’s gunman and four country-made firearms. The police then arrested the three accused.

DGP Abhay appreciated the Dhenkanal Police and the Cuttack Police for the success in the loot case.

The Dhenkanal SP, the IG (Central Range) and scientific team reached the spot. Investigation is on.

“We are committed to carry out professional investigation in this case and effective prosecution to get the culprits punished,” the DGP said.