Fight between two generations of women leaders: Malati vs Nandini 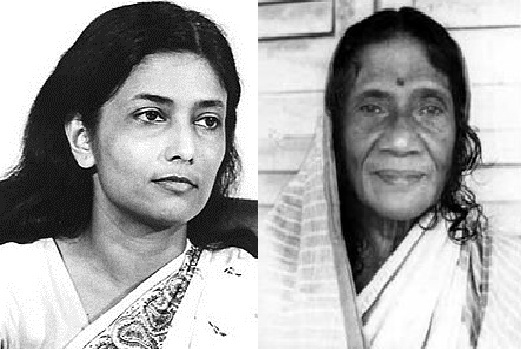 They represented two different generations. Almost like mother and daughter. One was a staunch Gandhian and a relentless fighter for the rights of the oppressed, respected as a Mother figure all over Odisha, Malati Devi Choudhury and the other a Daughter of the Soil, an assertive young leader representing the hopes and aspirations of the upcoming woman power, Nandini Satpathy. The age difference between the two was 27 years. But there was a face off between the two in the 1977 Assembly Elections in Odisha in Dhenkanal constituency.

Malati, the daughter of Barrister Kumud Nath Sen was born on 26th July 1904. She plunged into the freedom struggle and joined the Non Cooperation Movement led by Gandhiji at the age of 17. While studying at Shanti Niketan she came across Nabakrushna Choudhury, a revolutionary young man from Odisha. Both fell in love and married. Malati’s love and commitment for Odisha began right from the day she came to Odisha as the daughter-in-law of Choudhury family. She took active part in various social movements with her husband and established herself as a principled leader championing the cause of the poor and the oppressed. A person like her who stayed away from the electoral politics despite of her husband being in the forefront as the Chief Minister of the state, took everyone by surprise when she suddenly decided to contest the Assembly Elections in 1977 at the age of 73.

Actually there were some unusual developments at that time. Nandini Satpathy, who was known to be the right hand of Prime Minister Indira Gandhi was heading the Congress Ministry in the State during the Emergency. She lost her Chief Ministership in 1976 because of some serious differences with Sanjay Gandhi and joined the newly formed ‘Congress for Democracy’ led by Jagjivan Ram. This party merged with Janata Party before the Vidhan Sabha polls in 1977 and Nandini was picked up to contest the polls from Dhenkanal Assembly constituency on Janata Party’s ticket. Many in Janata Party opposed her candidature including Nabakrushna Choudhury, who felt that giving ticket to a person who was representing the authoritarian Congress regime during Emergency, would give out a wrong message. Since the central leadership of Janata Party did not heed this protest and went ahead with Satpathy’s candidature, Malati Choudhury filed her nominations to fight against her as an Independent.

Although there was one more independent candidate in fray, the real contest in Dhenkanal was between Nandini Satpathy and Malati Choudhury two towering women of two different generations. At the end, it was Nandini who won. Buoyed by a countrywide electoral wave in favour of Janata Party, Nandini polled 31,829 votes as against 4063 votes polled by Malati Devi Choudhury. That was a resounding victory for the generation next.

Many senior leaders were surprised with this result. “Even the Prime Minister Morarji Desai was shocked”, writes Ashish Ranjan Mohapatra in ‘Maati ra Nandini’, a biography of Nandini Satpathy, “When told by Nandini about the margin by which Malati Choudhury was defeated, Mr. Desai repeated his question to confirm the matter again. He just could not believe it.”

For Malati Choudhury it was not an electoral battle at all. It was a part of her life long fight for the values and principles she believed in. In a press statement issued by her after the elections and published in daily Prajatantra on 19th June 1977 she said, “I chose to contest this election on the dictates of my conscience. I never had and never will have any desire to be a member of the Assembly anytime.”