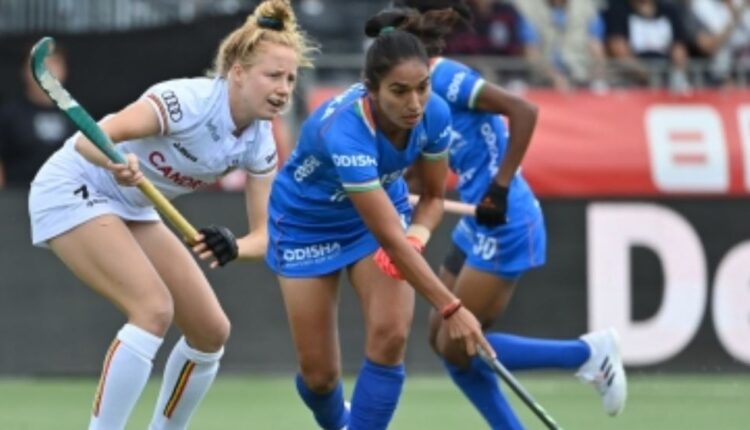 The match started in almost a similar fashion as yesterday, with Belgium’s Barbara Nelen giving the hosts an early lead in the second minute. India were caught off guard in the counterattack, leaving the right flank completely open for Barbara, who comfortably found the back of the net from the far post.

Two minutes later, the hosts doubled their lead through Charlotte Englebert. Belgium nearly had their third goal in the seventh minute, but the decision was overturned on India’s review as a Belgian foot foul was found before the goal. Belgium went on to pile pressure on India through their attacking moves, but it was Savita who stood tall and kept the scores 2-0 at the end of the first quarter.

The hosts rode on the momentum as they started the second quarter aggressively and hold most of the possession in the opening minutes. Young Indian custodian Bichu Devi, who came in as a substitution in this quarter, was called into action right from the start of the quarter. During Belgium’s attack, she did make a couple of rebound saves, but Abi Raye was successful in converting the third attempt and gave her team a 3-0 lead in the 19th minute.

Belgium went on to add a fourth goal to their tally through Stephanie Vanden Borre, who duly converted the Penalty Corner in the 23rd minute. Dominating the proceedings, the hosts earned yet another Penalty Corner in the 26th minute, but Bichu Devi made a brilliant save to deny the hosts from scoring. In the closing minutes, India earned their first Penalty Corner of the match, but missed out on converting it, thus trailing 4-0 at the end of the first half.

India started the third quarter cautiously and made some moves inside their opponent’s half, but Belgium responded quickly and went on to stretch their lead further through a brilliant effort by Amre Ballenghienin in the 36th minute.

Two minutes later, India did find the back of the net through Navneet, but the goal was disallowed as Sharmila didn’t start the play from the right spot after winning the ball on a foul. An improvised attack saw India earning two Penalty Corners in the dying minutes of the third quarter, but they missed out on converting their chances. The first attempt by Gurjit was denied by the Belgium goalkeeper, while the second attempt by Monika went off target.

The home side earned the Penalty Corner in the opening minutes of the final quarter, but Monika made a fine save on the right corner. The latter stage of the final quarter saw some end-to-end action, with both teams trying to make inroads in each other’s striking circle, showcasing some attacking and defending skills. India even earned a Penalty Corner in the 59th minute, but Deep Grace Ekka’s slap shot went wide and missed out on scoring, thus going down to a 0-5 loss.

The Indian women’s hockey team will next face Argentina on June 18 and 19 in Rotterdam, Netherlands.