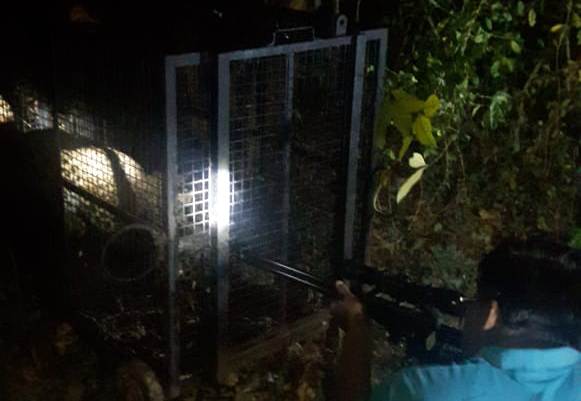 Bhubaneswar: A leopard which had strayed into Palaspalli area in Odisha capital was captured by Forest Department officials near Cargo Gate of the Biju Patnaik International Airport (BPIA) here late last night.

The big cat was reportedly trapped in a cage set up by the concerned team around 3 AM after being offered a hen as prey. The leopard was then shifted to the Nandankanan Zoological Park on the outskirts of the city.

It was later released to Chandaka forest after treatment at the zoo as per the guidelines of the National Tiger Conservation Authority (NTCA), informed city Divisional Forest Officer Ashok Mishra.

Residents of Palaspalli and nearby areas were panic-stricken till the animal was captured. After a massive search operation by a ten-member team yielded no results yesterday, the Forest Department personnel laid seven traps and installed as many as 10 trap cameras at different places where the leopard was suspected to be hiding.