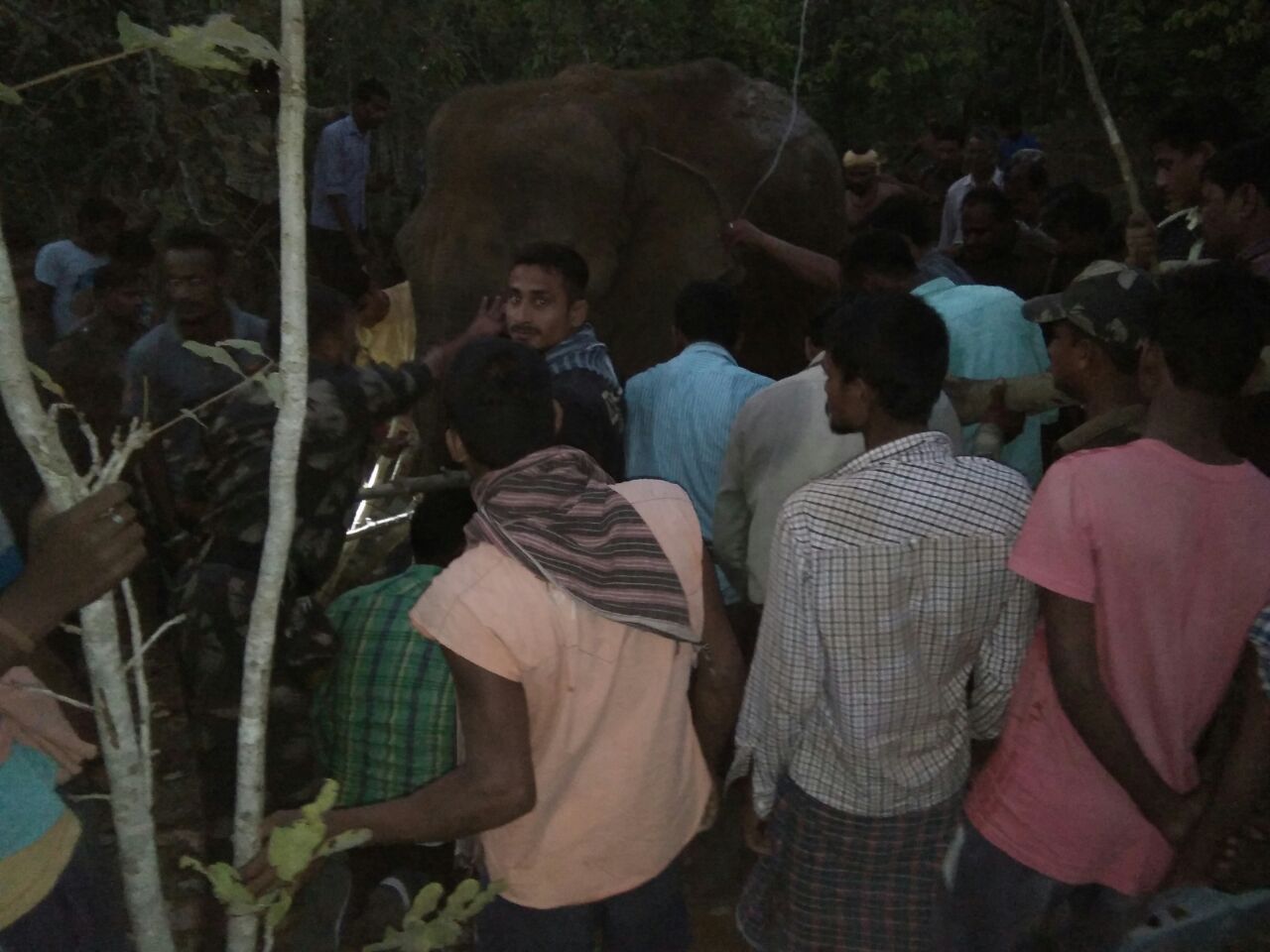 After struggling for over two months, Odisha officials today managed to free an elephant of his misery who was hobbling with a tyre stuck in his front leg.

The tusker was playing hide and seek with the officials trying to catch hold of him to remove the foreign body since long.

Forest officials’ painstaking efforts for quite a considerable period paid off as the 40-member team comprising of forest personnel and veterinarians from Orissa University of Agriculture and Technology have been able to successfully take out the pesky ring of rubber from the left front leg of the pachyderm.

“After it had attacked the members of the tranquilising team, we had put the mission on hold and were keeping a close watch on its movement. We managed to push the tranquilising dart today and the tyre was successfully removed,” Dr Indramani Nath said.

After removing the tyre, the vets administered necessary first-aid and treatment to the elephant and released him to the wild.

On January 24, at least six persons including forest guard Pramod Behera were injured while trying to tranquilise the 13-year-old tusker in Chandaka-Dompada Wildlife Sanctuary. Since then, it was out of bound of the officials owing which they had been keeping a close watch on his movement which later crossed into the Athagarh forest range.