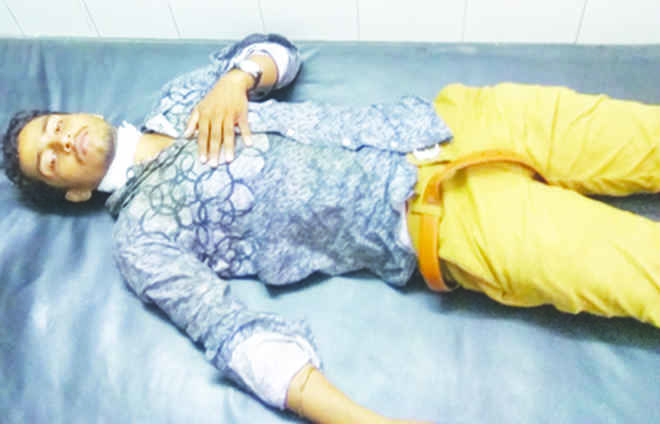 Two unidentified bike-borne miscreants this afternoon looted Rs 90,000 from a private finance company employee after slitting his throat in Bhadrak district of Odisha.

The victim has been identified as Rajesh Dhal and has been admitted to hospital in a critical condition.

His health condition is stated to be stable.

The miscreants attacked him near Bachhipur Square under Basudevpur police limits in the district when he was returning to Simulia branch of the company collecting money from SHGs of Padmapur and Guagadia area.

According to reports, two masked miscreants were tailing him on a bike of which he was not aware.

The duo intercepted him near Bachhipur Sqare and snatched the bag containing cash. During the scuffle, the anti-socials slit his throat with a blade and fled the spot with the money.

Police have started probe into the incident.