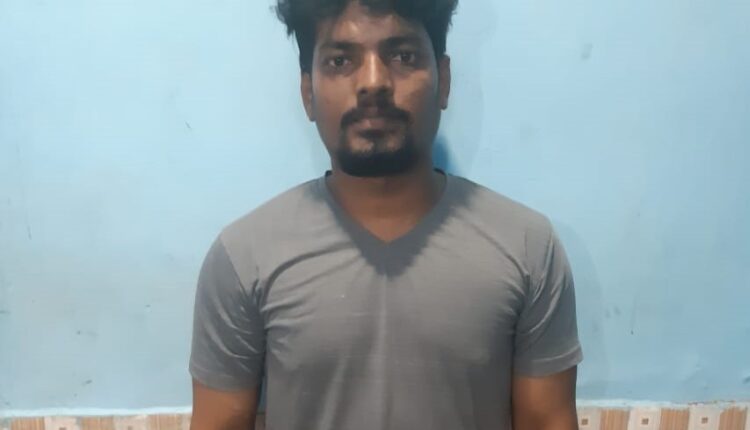 Bhubaneswar: A youth was arrested on charges of misbehaving with a woman police official after being fined for not wearing mask in Bhubaneswar, police said today.

The arrested accused has been identified as Bikash Kumar Pradhan (25), son of Surendra Pradhan of Khaira area in Ganjam district. He stays at Kolathia locality under Khandagiri police limits in Bhubaneswar.

According to reports, a team of police officials of Nayapalli Police Station was deployed to enforce social distancing and COVID-19 rules on September 16 evening. While imposing fine against erring persons, woman police official Pratima Sahoo designated as Sub-Inspector found a youth near an Omfed stall at VIP Colony without a face mask. The police charged Rs 100 from him as fine for not adhering to COVID-19.

Reacting to police over the fine, Bikash allegedly indulged in argument with the woman police official and misbehaved with her publicly.

At around 9.00 pm, the youth followed SI Pratima Sahoo and tried to record activities of police on his mobile phone. When the team returned to the police station, the same person followed her and argued with her by using filthy language as well as to other officers at the police station over the fine. He also threatened police to face dire consequences for imposing fine against him, Nayapalli police said today.

Another legislator of Odisha tests positive for COVID-19