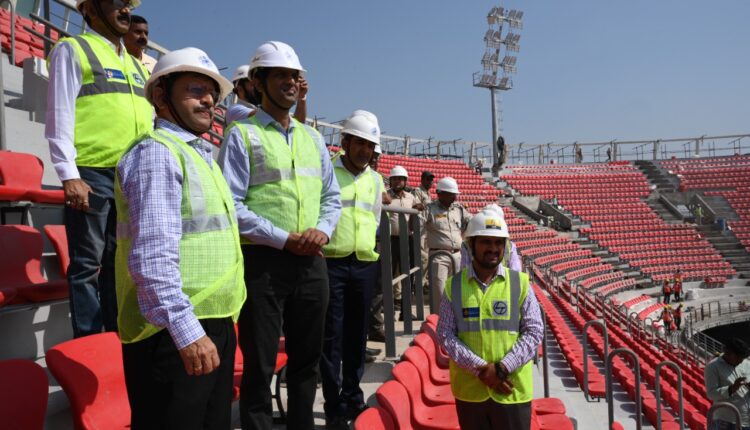 The Chief Secretary along with Sports and Youth Services department Secretary R. Vineel Krishna and Idco Managing Director Bhupendra Singh Poonia visited the under-construction stadium on the premises of Biju Patnaik University of Technology (BPUT) here in the morning and reviewed the work progress. 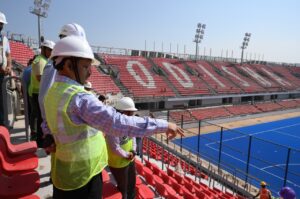 The Chief Secretary directed the officials to finish the construction work of the stadium by November 30 this year, sources said.

“The construction work of Birsa Munda Hockey Stadium has reached its last phase. The stadium would be opened for practice matches soon after the completion of the construction work. Parking lots, drinking water, lavatories and other facilities for the spectators are being developed now,” said the Chief Secretary.

The Chief Secretary and other officials also inspected the expansion of Rourkela airport, sources added.

“The airport expansion work is likely to be completed by November 30. At least 20 matches of the Hockey World Cup would be played in Birsa Munda Stadium. Charter flights would operate between Bhubaneswar and Rourkela to ferry players and spectators during the mega event,” said the Chief Secretary.

The Chief Secretary also took stock of the peripheral development work for the Hockey World Cup. Sundargarh Collector Gavali Parag Harshad, Rourkela Additional Collector Shubhankar Mahapatra and other senior officials of the district administration were present at the review meeting.

Notably, the 15th edition of the Men’s FIH Hockey World Cup will be held at the Kalinga Stadium in Bhubaneswar and Birsa Munda Hockey Stadium in Rourkela from January 13 to 29 next year.

Birsa Munda Hockey Stadium, said to be the largest such facility in the country, is being constructed on a 35-acre site on the BPUT premises. The stadium, being built at an expenditure of around Rs 300 crore, can accommodate around 20,000 spectators, sources said.