FIR against Congress leaders Surjewala, Shivakumar, Siddaramaiah, 32 others for unlawful assembly in K’taka 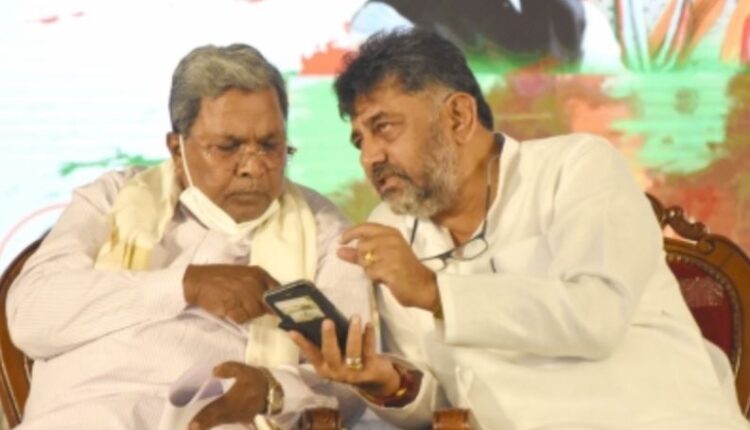 The Congress had organised the programme on April 13 to lay siege to the CM Bommai’s residence and Congress leaders were stopped midway. They were arrested and released later.

The agitation was staged demanding immediate arrest of former minister K.S. Eshwarappa following the suicide of a contractor who held Eshwarappa responsible for his death.

Cases were filed against the agitators under the Section 103 of the Karnataka Police Act (penalty for contravention of orders), IPC Section 341 (wrongful restraint), 143 (unlawful assembly).

Shivakumar has stated that: “The police had arrested us en route to CM Bommai’s residence and released later. Now they have lodged an FIR. Former minister Eshwarappa violated prohibitory orders to carry out protest marches and staged protests. Why is there no case on him?” he questioned.

The ruling BJP is foisting cases on Congress leaders. Why has CM Bommai not ordered to lodge cases on those who recited Hindu prayers in a church? Muslims vendors were troubled in fares, no cases on them. Instead CM Bommai is asking what is wrong with moral policing. CM Bommai is supporting moral policing in the state, he charged.