FIR against Odisha MLA Balabhadra Majhi for misbehaving with family 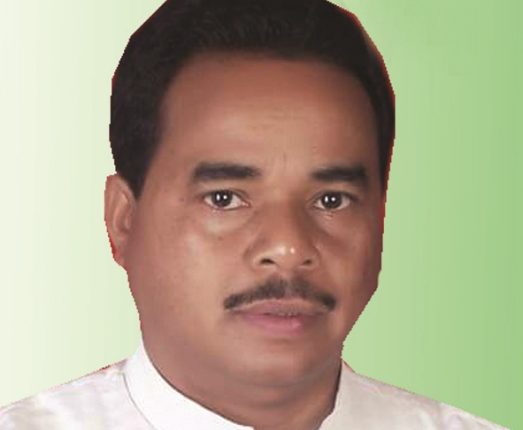 Bhawanipatna: BJD MLA Balabhadra Majhi landed in trouble after an FIR was filed against him for allegedly misbehaving with a family of Zilla Parishad member in Kalahandi district.

A case has been registered under sections 294 and 506 of IPC at Lanjigarh police station following a written complaint lodged by the Zilla Parishad member Kalpana Majhi’s husband Prafulla Majhi against Balabhadra Majhi, informed Lanjigarh police.

According to reports, Balabhadra Majhi, who represents Lanjigarh assembly constituency, along with his wife, who is the former Zilla Parishad chairman, had attended a ground breaking ceremony of a programme under Pradhan Mantri Gram Sadak Yojana (PMGSY) near Bateralima panchayat under Lanjigarh block yesterday. However, Kalpana Majhi, the Zilla Parishad member of Zone 2, was not invited to the programme.

Expressing their resetment, Kalpana and her husband Prafulla Majhi questioned MLA Balabhadra Majhi asking why she was not invited to the programme.

However, the MLA allegedly misbehaved with them and after the programme, he again threatened the family, the complainant alleged.

The FIR was lodged against the legislator after the BJP gheraoed the Lanjigarh police station alleging the police of suppressing the incident.