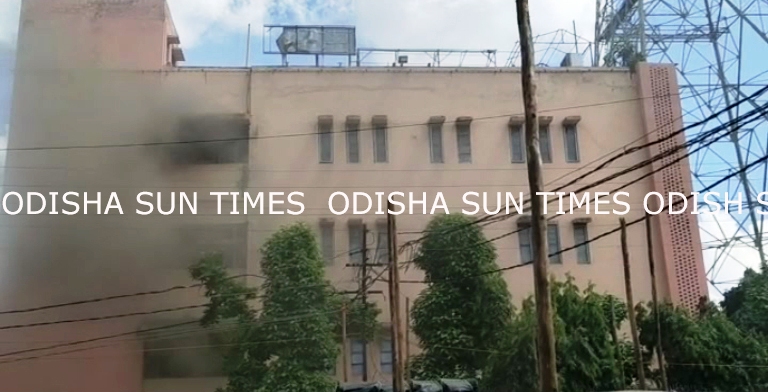 The employees inside the building were panicked as the flame and smoke engulfed one floor causing serious damage.

One person injured after the glass pane of the Office burst due to heavy smoke.

According to reports, the fire erupted at third floor of the BSNL office during working hour in the afternoon.

Five fire tenders with around 40 fire personnel were pressed into action to control the fire before it being spread to other floors of the building.

The reason behind incident is yet unclear. However, the short circuit is suspected to be cause behind the fire outbreak.

The eyewitnesses said that employees were inside the office when the fire broke out at third floor. However, all safely ran out of the building. The blazes were so huge that smoke covered entire building. The computers and many important files might have been gutted in the fire.