Fire breaks out at jewellery shop in Odisha’s Ganjam 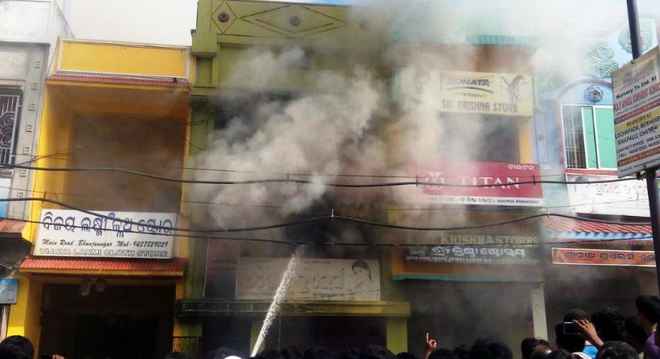 A major fire broke out at a jewellery shop in Bhanjanagar Puruna Bazar in Odisha’s Ganjam district this morning.

According to reports, locals spotted smoke coming out of Ashok Jewellers here at around 8 am. On being informed about the incident by locals, fire tenders rushed to the spot and managed to douse the flames after three hours-long effort.

Ornaments worth lakhs of rupees have been damaged in the fire mishap. Though the reason behind the incident was yet to be ascertained, it is suspected that the fire broke out due to electrical short circuit.