Fire breaks out at Barunei hill forest in Odisha [Watch] 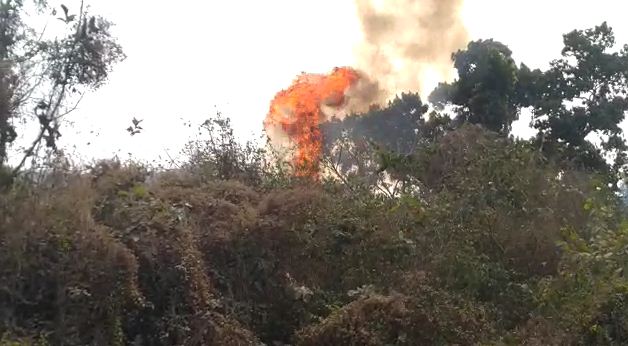 The incident took place near Gada Khordha while the fire later engulfed nearby parts of the forest.

On being informed, Fire Services personnel rushed to the spot and initiated efforts to douse the flames.

Worth mentioning, the forest fire in the Similipal National Park in Mayurbhanj district was brought under control few days ago, thanks to rainfall in the region.