Fire breaks out at coaching centre in Odisha capital 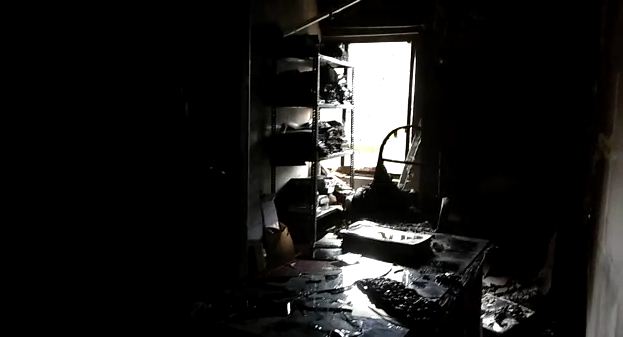 Bhubaneswar: A major fire broke out at a competitive exam coaching centre in Acharya Vihar area of Odisha capital this morning.

However, no casualty was reported in the incident as classes hadn’t commenced at the time of the fire mishap.

Furniture and many documents of the coaching centre have been gutted in the blaze.

On being informed, two fire tender units rushed to the spot and fire personnel managed to douse the flames.

Though the reason behind the outbreak of fire is yet to be ascertained, it is suspected that an electric spark emerging out of a nearby transformer might have led to the mishap.