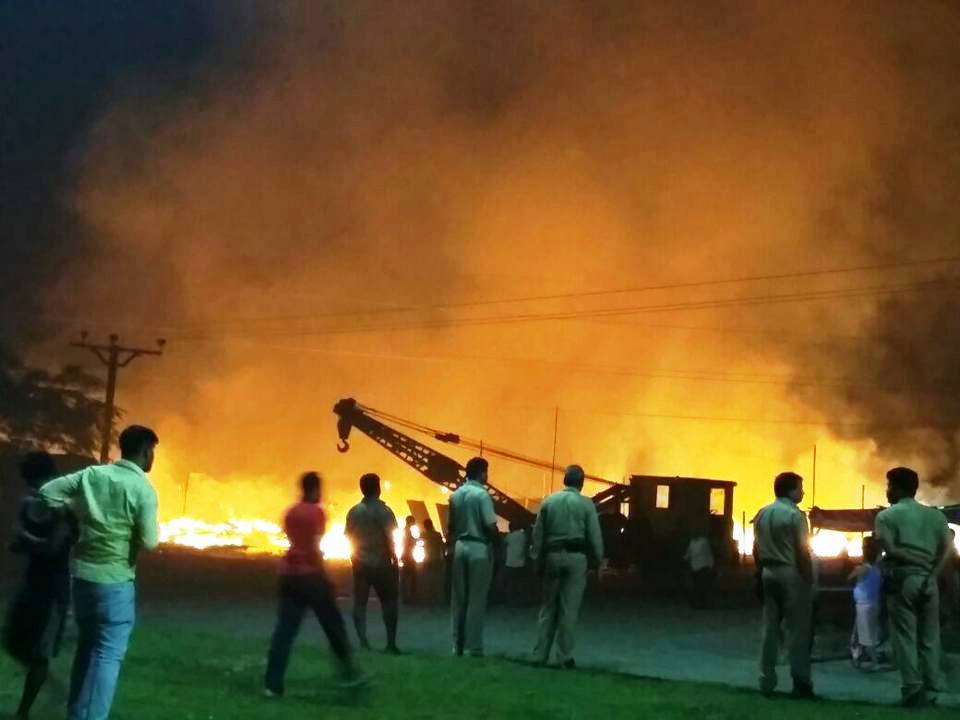 Rourkela: A day before Diwali, fire broke out at a cracker market near Power House Road in Odisha’s Rourkela city late last night claiming life of a person and gutting as many as 48 cracker shops.

The deceased, identified as Biswajit Jena, was sleeping at a cracker shop when the tragedy struck. Another person sustained injuries in the incident and was admitted to Rourkela Government Hospital for treatment.

The mishap took place at around 2.30 am reducing the shops into ashes within a few minutes. Besides, 18 motorcycles were damaged in the inferno.

On being informed, nine fire brigade units rushed to the spot and managed to douse the flames, said Pradyumna Kumar Mishra, DSP, Rourkela.

Properties worth over Rs 1 crore were damaged in the fire mishap, reports said. The reason behind the outbreak of the fire was yet to be ascertained.