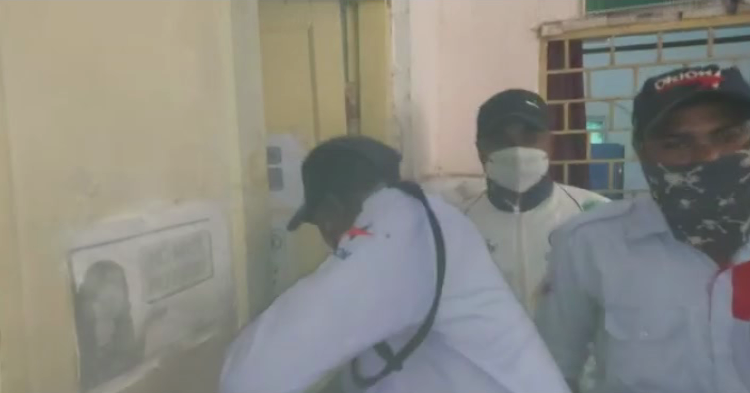 Keonjhar: A major mishap was averted at the District Headquarters Hospital (DHH) here after fire broke out inside the Government healthcare facility today.

Reportedly, the fire erupted out inside the dialysis unit of the hospital around noon. Though the exact cause behind the fire is yet to be ascertained, short circuit is suspected to have led to the mishap. Soon after, a firefighting team was called in to douse the flames.

Meanwhile, panicked patients, who were present in the dialysis unit, were shifted to safer places. However, no injury was reported in the incident.

Fire personnel were dousing the flames till the last report came in.

Youth hangs self over ‘infidelity’ by girlfriend in Bhubaneswar