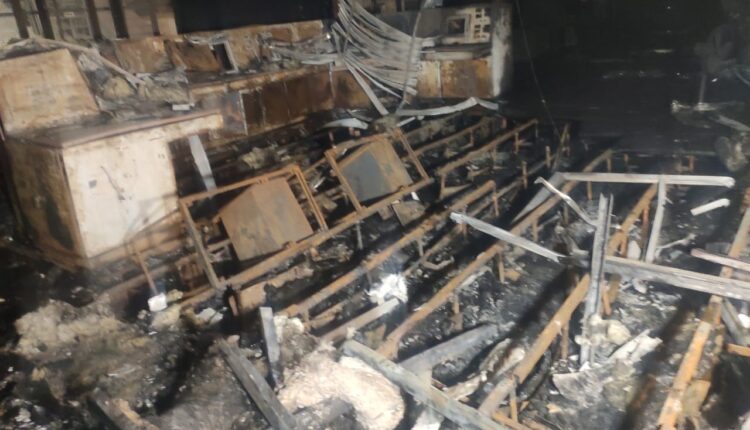 Rourkela: A major fire broke out at the Rourkela Steel Plant (RSP) in Odisha in the wee hours around 3 am damaging properties worth lakhs.

According to reports, the fire mishap took place at SMS-II of the steel plant as molten iron got scattered leading to the outbreak of the fire. While the control room was severely damaged, many instruments were gutted in the blaze.

On being informed, Fire Services personnel rushed to the spot and doused the flames. Fortunately, no casualties have been reported in the incident.

A four-member team has been formed by the RSP authorities to ascertain the reason behind the fire mishap.

Work at SMS-II has been temporarily stopped after the accident.