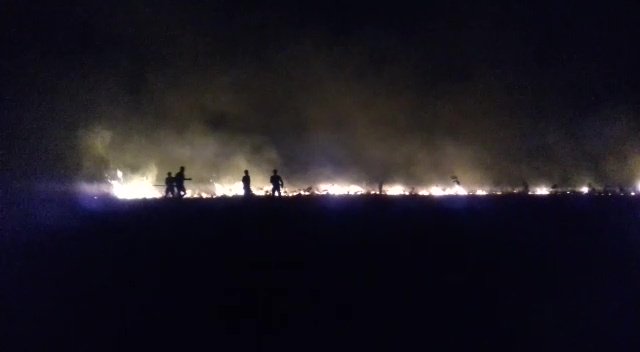 Jharsuguda: A fire broke out near the runway at Veer Surendra Sai (VSS) airport in Odisha’s Jharsuguda district today but there was no report of any damage as it was swiftly brought under control, airport sources said.

As per the available information, the blaze was reported this evening after dry grass inside the airport premises reportedly catches fire due to lightning strike.

On being informed, fire tenders rushed to the spot and managed to control the fire in quick time, the sources said.

Flight movement in the airport was not affected due to the incident, an airport official said.

Earlier another budget carrier SpiceJet has also launched flight services from VSS airport to New Delhi, Hyderabad and Kolkata under the UDAN scheme on 31 March 2019 .