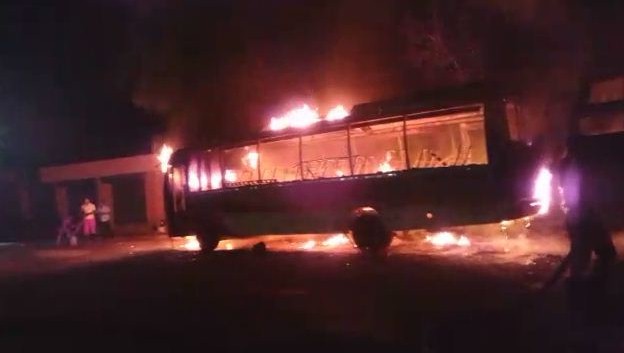 The incident took place after the two ill-fated buses–Sulochana and Nirupama– carrying passengers from Cuttack reached the bus stand. As the passengers alighted from the buses, the drivers and helpers went to a nearby eatery for having dinner.

In the meantime, fire emerged inside the buses and intensified damaging the vehicles severely. Other passengers at the spot were left panic-stricken over the fire mishap.

On being informed, Fire personnel reached the bus stand and doused the flames. The reason behind the outbreak of fire is yet to be ascertained while police have started investigation.