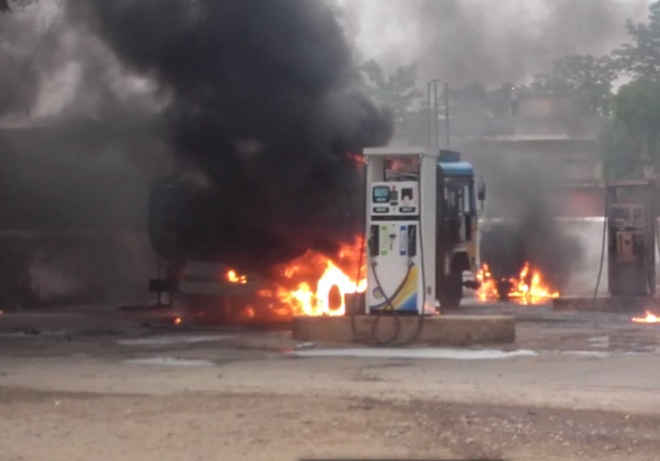 A massive fire broke out this evening at a petrol pump in Sundargarh district of Odisha.

The mishap occurred in Biramitrapur town about 35 kms from Rourkela city in the district while a petrol tanker was refilling the petrol station.

Fire personnel and police rushed to the spot on being informed about the incident.

Police have cordoned the petrol pump and district administration is vacating the nearby areas to avoid any untoward situation.

No casualty has been reported so far.