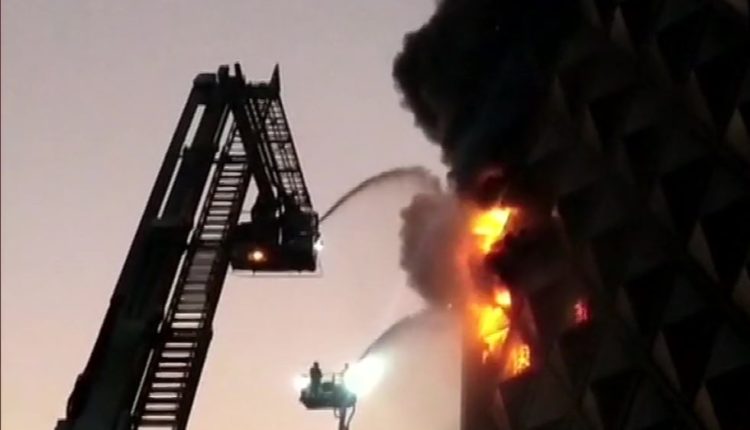 Surat: A major fire broke out in a seven-storey market in Gujarat’s Surat city in the wee hours of Tuesday, engulfing several shops in the complex, a fire official said.

While there was no report of any casualty so far, the fire brigade declared a ‘brigade call’ and deployed over 60 fire tenders, water tankers and hydraulic ladders from across the city to douse the blaze, he said.

The fire brigade got a call around 4 a.m., about the blaze in Raghuvir Celeum Center, a large textile market located in Saroli area, he said.

Several shops were gutted in the blaze which spread rapidly because of the dress material and other cloth items stored there, the official said.

“It is a large textile market complex where traders had kept various dress material and apparel in their shops.

Hectic fire fighting efforts were on, but the blaze was yet to be contained, said Upadhyay, who is in-charge of fire services in the Surat Municipal Corporation.

During a ‘brigade call’, all the available fire fighting vehicles in the city are required to reach the spot.