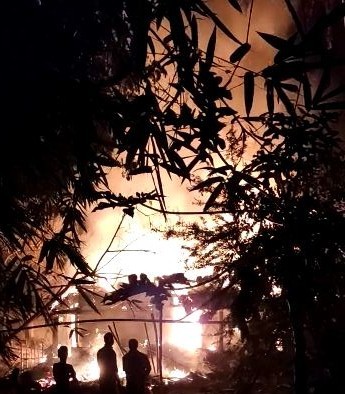 According to reports, the fire emerged from the house of one Parshuram Rout while the family members were sleeping. Articles and valuables inside the house worth lakhs were reduced to ashes in the mishap while the incident has rendered the family homeless.

The fire also affected a neighbouring house partially. On being informed, Fire personnel reached the spot and doused the flames. The reason behind the outbreak of fire is yet to be ascertained.

2 killed, 3 critical as motorcycles collide in…