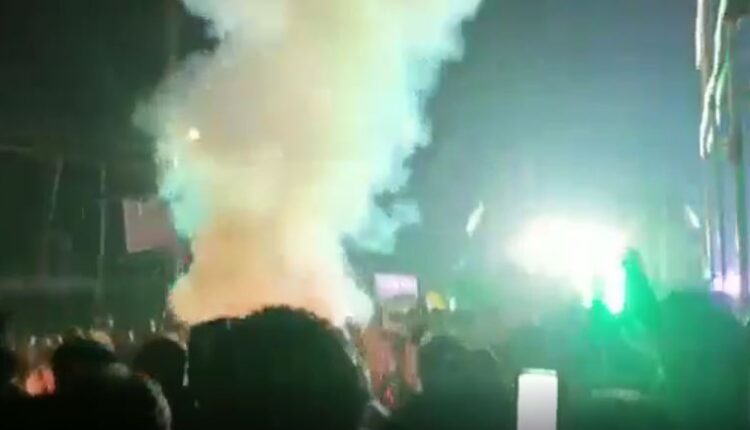 A fireworks competition was underway during the procession, said Kendrapara Collector Amrit Ruturaj.

As per reports, the firecracker bursting competition was being held among different puja pandals. A spark from firework fell on a stock of firecrackers, which was to be used during the competition.

It resulted in a major explosion leaving the participants of the procession injured.

The victims were initially rushed to the Kendrapara District Headquarters Hospital while around 30 of them have been shifted to the SCB Medical College and Hospital in Cuttack as their condition deteriorated.

As many ten of the victims have been admitted to the ICU.

Several children and women are among the injured ones.

Condition of some of the victims was stated to be critical as they have sustained over 50 percent burn injuries.

Stray dog carries foetus in mouth, notice to 6 staff in UP hospital

Couple dies after being hit by truck on NH, locals block Deogarh-Sambalpur road in Odisha