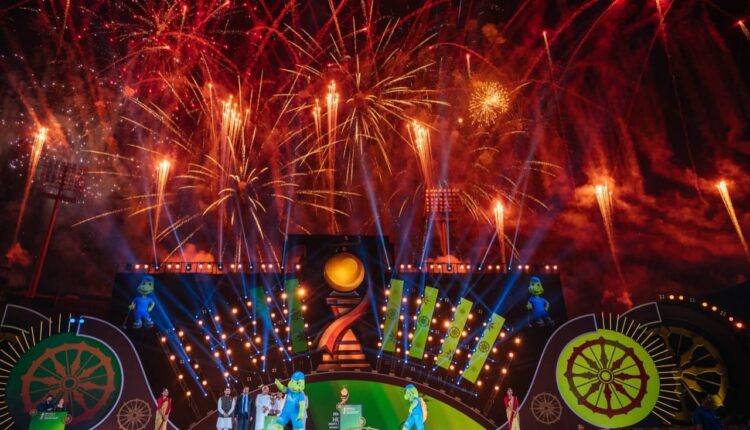 “Odisha has long been known for its hospitality. I am sure all the visitors will take a little part of Odisha home with them,” said Patnaik in his brief speech.

Patnaik began his speech by invoking Lord Jagannath and thanked the Union Government and Prime Minister Narendra Modi for the required support to Odisha to host the men’s hockey world cup for the second time in a row. 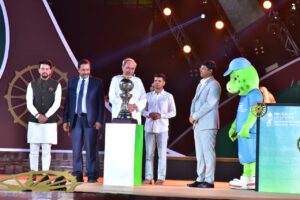 The Chief Minister received thunderous cheer from the youths present at the stadium when he said, “The men’s hockey world cup is being organised in Odisha. The inauguration ceremony is being held at Cuttack. Are you all happy? I am also happy. (Odisha re international men’s hockey world cup hauchi, apana mane khusi to? Odisha ra Cuttack re inauguration ceremnony hauchi apana mane khusi to? Mu bhi bohut khusi?”

In his speech, Thakur applauded Odisha for hosting the mega sporting event for the second time. “Let’s all celebrate the spirit of hockey,” he said.

Around 40,000 people including players and officials from 16 countries and dignitaries from across India attended the event.

As many as 50 platoons of police force and at least 300 officials were deployed in and around Barabati Stadium for smooth organisation of the opening ceremony.

The Cuttack Municipal Corporation made arrangements in all 59 wards of the city for live streaming of the opening ceremony. Besides, thousands of people watched the mega event through giant screens at 16 hockey fan parks at various locations of the city.

Notably, Odisha is hosting the men’s hockey world cup at Kalinga Stadium in Bhubaneswar and Birsa Munda Hockey Stadium in Rourkela from January 13 to 29.