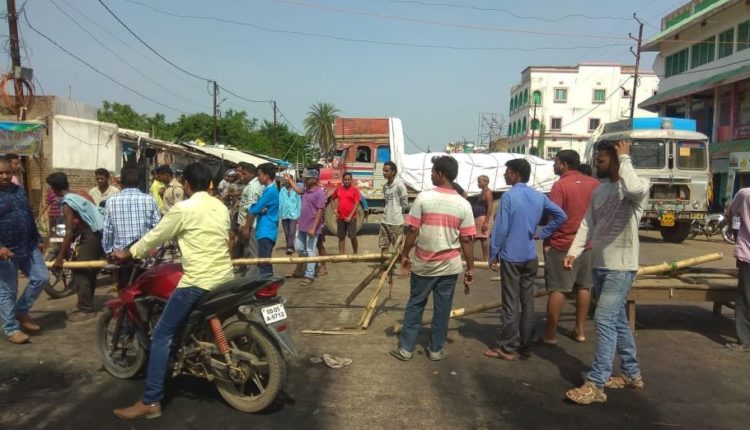 Vehicular movement on Cuttack-Chandbali route was disrupted due to the blockade. Shops and business establishments at Tinimuhani Chhak were also closed as a part of the protest.

The protestors are demanding immediate arrest of those involved in the firing incident. Policemen have been deployed in the area to avoid any untoward incident.

According to reports, two unidentified bike-borne miscreants had opened fire at Tinimuhani Bazaar Committee President Vivekananda Moharana near Gulnagar bridge last night while he was returning home on a motorcycle.

He sustained bullet injuries on his belly and was rushed to the District Headquarters Hospital by locals. He was later shifted to the SCB Medical College and Hospital in Cuttack as his condition deteriorated.

The reason behind the attack is yet to be ascertained and investigation by police is underway.