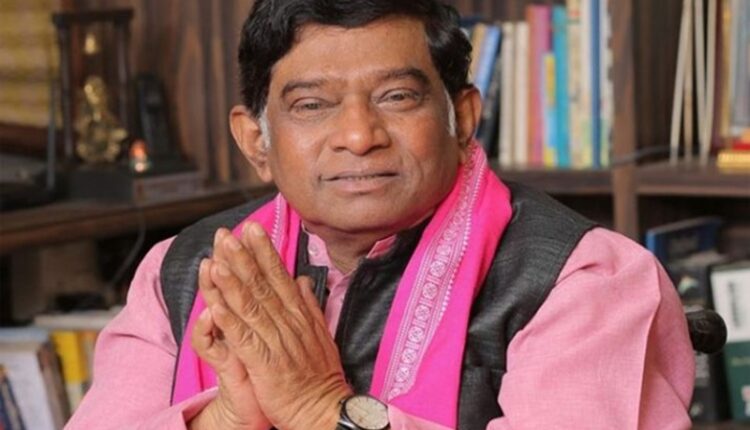 Raipur, May 29: Ajit Jogi, the first Chief Minister of Chhattisgarh and a mass leader who dominated the state’s politics for long, died at a private hospital here on Friday, doctors said.

Jogi (74) had been battling for life at the private hospital for the last 20 days and suffered a cardiac arrest in the afternoon, they said.

He is survived by his wife Renu Jogi, the MLA from Kota constituency, and son Amit Jogi, a former MLA.

The first chief minister of the state breathed his last at around 3:30 pm at Shree Narayana hospital, Medical Director of the hospital, Dr Sunil Khemka, told PTI.

He had been admitted to the hospital on May 9 after he suffered respiratory and cardiac arrests and was in coma since then, he said.

He suffered another cardiac arrest this afternoon and could not be revived, he added.

Jogi was the incumbent MLA from his traditional Marwahi seat.

A bureaucrat-turned politician, Jogi, then in Congress, had served as the first chief minister of Chhattisgarh, which came into existence in November 2000. He served in the post from November 2000 to November 2003.

He parted ways with the Congress in 2016 after he and his son got embroiled in a controversy over alleged fixing of the by-election (2014) held for Antagarh seat in Kanker district.

Subsequently, he formed his own outfit JCC (J).