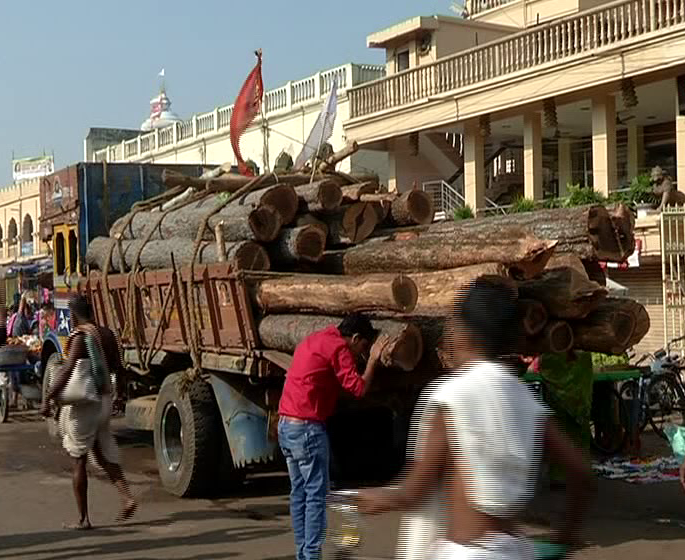 The first lot of logs for construction of chariots for Lord Jagannath’s annual Rath Yatra arrived at the rathakhala (the site where the chariots for the Lord’s yatra are constructed) in Odisha’s pilgrim town Puri today.

Two trucks carrying as many as 54 logs reached the rathakhala on the Grand Road in Puri for the construction of chariots of the deities.  The logs comprise asan, dhaura, and phasi pieces.

The logs were kept in the rathakhala in the presence of Shri Mandir Administrative Officer.

Naygarh district Forest department has supplied the logs from Daspalla Forest Range. While 865 logs are used for construction of the chariots, 727 logs would be needed this year as last year’s 138 unused logs will be utilized this year for this purpose.

Prior to dispatching the consignment, the servitors performed rituals at Daspalla in the presence of Forest Department officials.

As per tradition, three logs from the asan variety are consecrated on Saraswati puja day while construction of the chariots begins on the auspicious day of akshay tritiya.