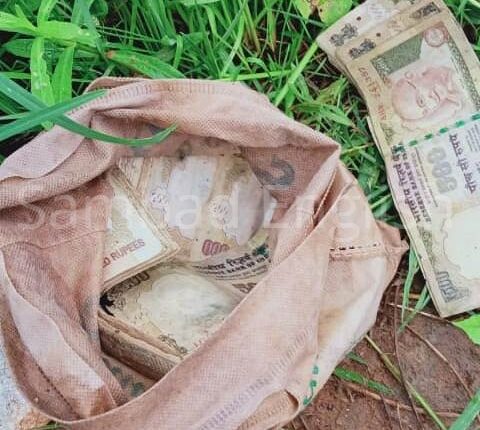 Bhubaneswar: A fisherman erupted in joy at Baranga in Odisha’s Cuttack district after he netted a bag containing Rs 30 lakh currency notes from a canal. However, the happiness was short-lived after he found that the notes were demonetized ones.

The incident took place yesterday when some fishermen of the locality were fishing at a canal. One of them fished out a bag containing the notes. Other fishermen soon gathered at the spot to witness the unpacking.