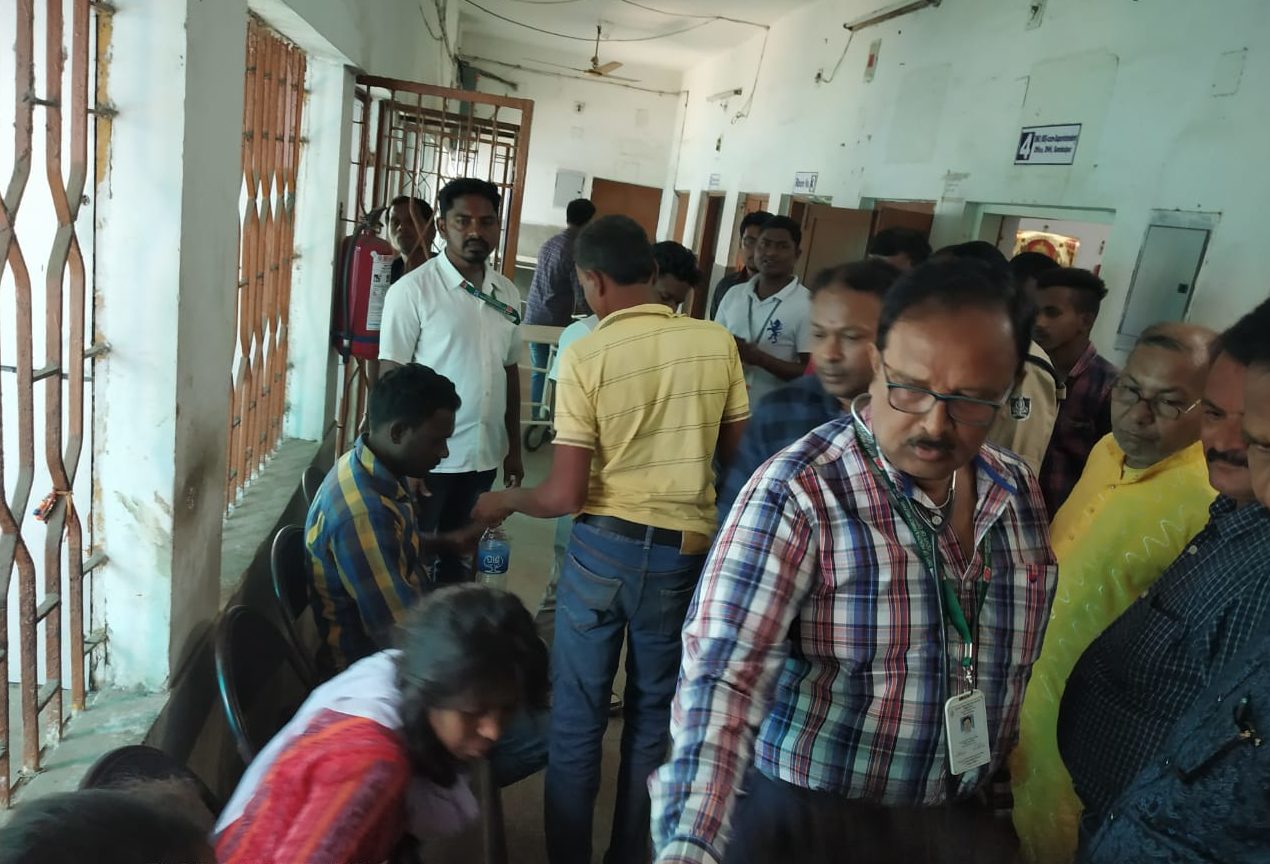 Sambalpur: At least seven persons, including five college girls, suffered injuries after a tuck hit an auto-rickshaw they were travelling in near Jhankarpali Chhak under Jujumara police limits in Sambalpur district today.

The incident took place when the overloaded auto-rickshaw was heading towards Phuljharan from Manesar at around 10.30 AM today.

Sources said a group of girl students of Parvati Giri College, Phuljharan and few other passengers were travelling in an auto-rickshaw when a truck hit it from the behind. While auto driver Ashok Bhoi and student Sushama Munda (20) were grievously injured, four students identified as Bhagyashree Pandey (20), Reena Pandey (24), Rashmirani Sahu (19) and Snehalata Deepa (19); and a woman namely Gulabati Behera suffered minor injuries in the mishap.

All the injured were later admitted to Sadar hospital here for treatment. Meanwhile, police have seized both the vehicles and arrested the truck driver.