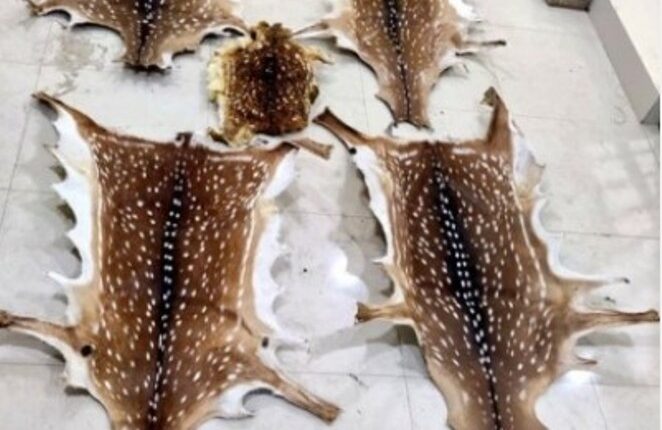 On the basis of reliable information, a team of STF with the help of forest officials conducted a raid near Pipili flyover yesterday and seized five deer skins from the possession of two persons, the officials said.

The accused are identified as Krushna Chandra Swain and Sunil Kumar Palei, both are from Puri district. Later, the STF team handed over the two accused along with seized items to Khordha forest division officials for necessary legal action at their end.

Since 2020, the special task force has seized as many as 21 numbers of leopard skins, 12 numbers of elephant tasks, 7 numbers of deer skins, 8 numbers of live pangolin and 15 kg pangolin scales and arrested 50 wildlife criminals.