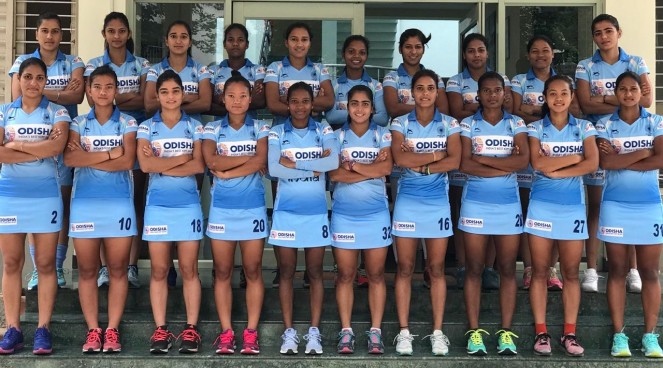 Bhubaneswar: Five players from Odisha were selected in Indian Women’s Hockey team for the upcoming Spain tour scheduled to begin on June 12.

The Indian Women’s Hockey Team led by Skipper Rani will play five matched against the Spanish National Team as an exposure tour ahead of the Vitality Hockey Women’s World Cup London 2018 scheduled in July, said a press release by Hockey India today.

While Deep Grace Ekka and Sunita Lakra will be playing as the defenders in the team, Odisha’s Namita Toppo and Lilima Minz along with Monika, Neha Goyal, Navjot Kaur and Nikki Pradhan will hold the fort in the midfield.

Similarly, Anupa Barla will play along with the most experienced forward Vandana Katariya, who was adjudged as the Player of The Tournament in Asian Champions Trophy, and other players including Navneet Kaur, Lalremsiami and Udita.

“In this tournament, the players will get a last chance to show the best of themselves ahead of the selections for the upcoming Vitality Hockey Women’s World Cup London 2018. Also, this tournament provides us a platform to fine tune our game before the World Cup and the Asian Games in Jakarta,” expressed Chief Coach Sjoerd Marijne.

On selecting a 20-member squad, Marijne said, “We will rotate players a lot during this tour because as much as getting good matches ahead of important tournament like the Vitality Hockey Women’s World Cup London 2018 is essential, keeping the players fresh is also important.”