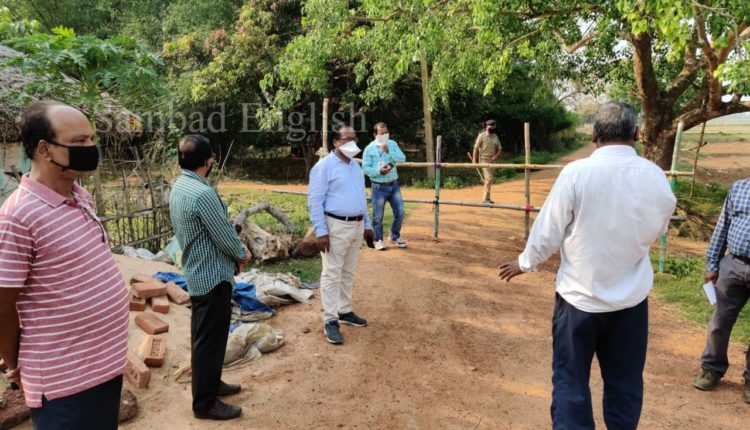 As per the office order, total 17 places in Kharida Binayakpur GP, Melak Sahi in Padampur GP and Matpaka in Laxmidaspur GP under Basudevpur Block as well as 24 revenue villages in Rahania and Tesinga GPs under Bhandaripokhari Block will be under containment.

As part of preventive measures, the restrictions have been imposed in five panchayats under Basudevpur and Bhandaripokhari blocks. The authorities also sealed those areas to contain the spread of deadly virus.

With the restrictions, the distribution of food grains under PDS and other benefits provided by the government will remain suspended in five GPs under two blocks during containment period, informed Bhadrak Collector Gyana Das.

Earlier, the district authorities had declared three places — Puruna Bazar, Charampa and Erein — as containment zones after three persons tested positive for COVID-19 in the town.

The first positive case in the district was detected from Puruna Bazar, where a 29-year-old youth with a travel history to Dubai was infected with the deadly virus. Thereafter, two more persons had tested positive in Charampa and Erein localities.

Later, the containment restrictions were lifted in two phases following recovery of all three COVID-19 patients.