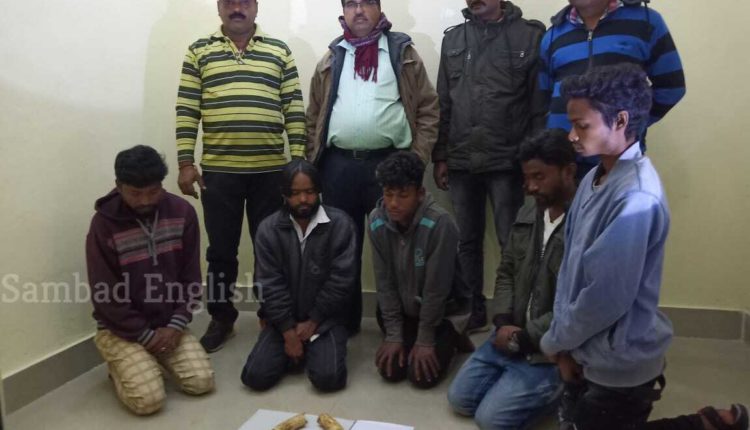 A Forest official said one elephant tusk measures 45 cm long and weighs 700 gm while the other one is 38 cm long and weighs 600 gm. The official further said the tusks were removed from an 8-9 years old baby tusker. The seized tusks estimated to be around Rs 50,000-70,000 each were being smuggled to West Bengal, the official informed.

Honorary Wildlife Warden Bhanumitra Acharya said the seized tusks dates back to one to two years. “As a tusker carcass has not been seized in past one or two years, it is suspected that poachers might have killed the elephant in Similipal core area or hid the carcass somewhere to extract the tusks,” he added.