Five Odias who got noticed down south with Tollywood debut 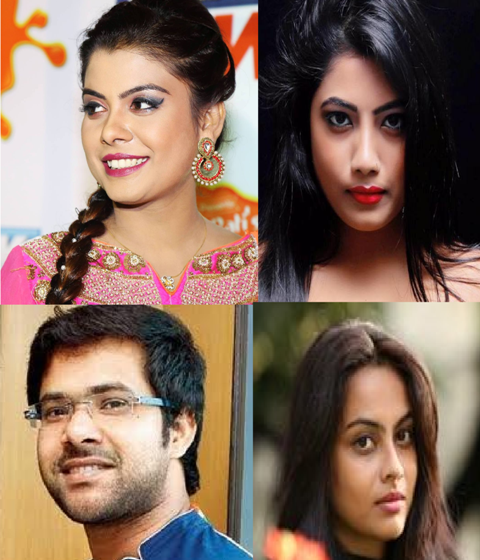 Bhubaneswar: The last couple of years has witnessed an emerging trend of Odia actors and actresses trying their luck in Tollywood with 17-year-old Sindura Rout being the recent entrant to the south industry. While some rode the waves of success, a few ventures fizzled out.

Let’s take a look at five impressive debut by Odias in the Telugu film industry.

She is making her debut with ‘Maro Drushyam’, which is science horror fiction, opposite Tollywood stars Rajendra Prasad and Goutam.The film directed by Rajendra Prasad is in the post-production stage.

Sindura is also starring in an untitled Telugu movie with Aditya Srivastav and Meka Srikanth. She has also been featured on the cover page of two leading magazines of Hyderabad. This dusky beauty is here to stay.

In 2016, Athithi Das forayed into the glam world with ‘Atharillu’, a horror-comedy. An MBA graduate, the debut in Tollywood was unplanned. Her friends sent her photographs to director Kalyan, who called her for an audition and was selected for the lead role.

‘Atharillu’ got her noticed down south and she soon signed up for a Tamil film.

A model from Odisha, she has been making waves in Tollywood. She has also acted in Bengali films. A bio-tech graduate, Swapna juggles films and ramp walk with ease and has also endorsed clothlines. She was recently in news for the short film, ‘Two Desires and a Dream’ and ‘Antardhwani – Inner Voice’.

This versatile actress of Odia film industry has also acted in a Telugu movie ‘Subhavela‘ directed by V B Ramana. The movie, however, was shrouded in mystery with it being released in just one theatre.

The actor played the lead role in Telugu film ‘Neerajanam’ opposite Telugu actress Karunya. His stint as the brand ambassador of Team Hyderabad in IPL paved the way for his Tollywood debut.

This is how Facebook has planned to prevent suicides