ODISHA LATEST
By Sambad English Bureau On May 15, 2019 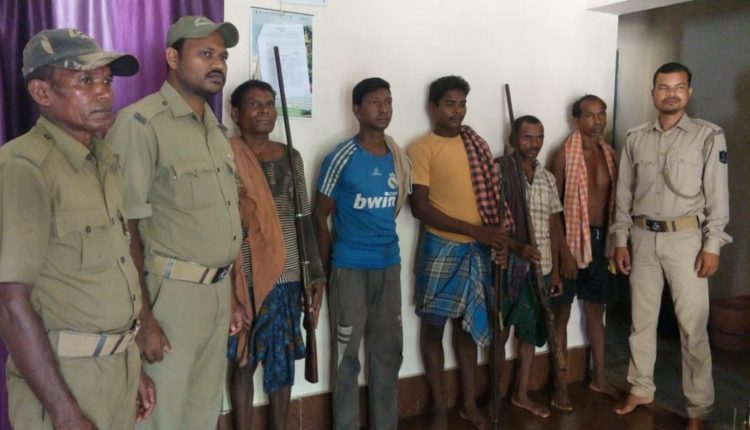 The forest personnel also seized over 10 kg deer meat and two country-made guns from their possessions.

6 smugglers nabbed for illegal trade of pangolin scale in…

Sources said a team of 25 foresters led by the Assistant Conservator of Forests (ACF) conducted a raid at separate places in the forest late last night and later nabbed the poachers.

“While two poachers were nabbed from Sinduragouri area, two others were arrested from Tenda area and another from Balianal Beat house. However, a few others managed to escape during the raid” said a forest official.

The forest official have launched a search operation is nab the absconders, he added.