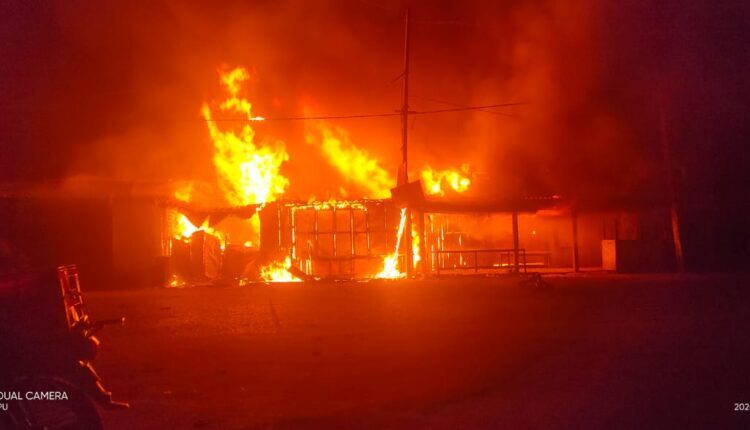 Balasore: As many as five shops were gutted as fire broke out at Kamarda market under Bhograi block of Odisha’s Balasore district, early this morning. Properties worth lakhs were reduced to ashes in the blaze.

According to reports, the fire emerged from one of the five shops and later engulfed the nearby shops. On being informed by locals, Fire personnel from Jaleswar and Bhograi reached the spot and initiated efforts to douse the flames.

Though the reason behind the outbreak of fire was yet to be ascertained, eye witnesses said that three LPG cylinders exploded one after another leading to the fire mishap.