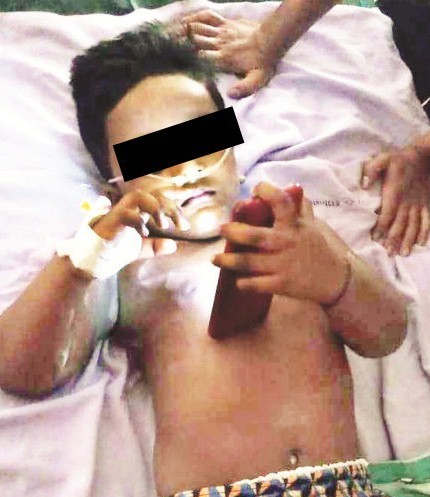 Cuttack: A five-year-old boy fell into a manhole at Bajrakabati in Odisha’s Cuttack city last night and was rescued in a critical condition.

Victim Dibyanshu Behera had come to a nursing home at Bajrakabati with his father. While returning, the kid fell into the manhole near the nursing home.

Some employees of the nursing home initiated search operation to rescue the minor boy. Moments later, the child was found in a unconscious state at the uncovered portion of the drain, 100 feet away from the manhole.

He was initially admitted to the particular nursing home and later shifted to SCB Medical College and Hospital here for treatment. His condition was stated to be stable.