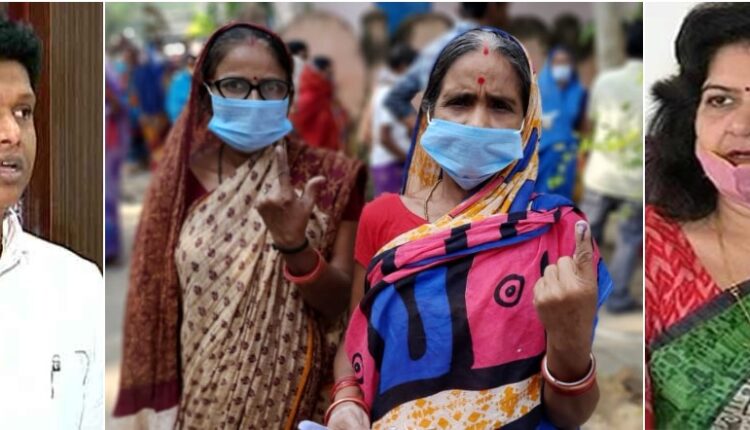 Bhubaneswar: The year 2020 will definitely be remembered by generations as the year of global economic meltdown brought on by the novel Coronavirus.

While almost every sector took a pause for a while, the pandemic did not have much impact on the state’s politics. From by-polls in two Assembly Constituencies to ‘mask politics’, it was politics as usual in the state amidst the pandemic.

As the year is about to end in few hours marking an end to the decade, let’s take a look at some major political events in the state.

The Balasore by-poll was seen as a prestige battle for both BJD and BJP as the ruling party had lost its ground to the saffron party in 2019 general elections.

In another development following the elections, BJD’s three time MLA Jiban Pradip Dash was suspended from the party for his anti-party activities. Sources said there was a rift between Dash and Balasore district president Rabindra Jena over selection of candidates for the by-poll and the former’s absence during campaigning. 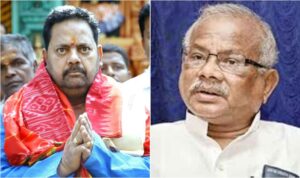 2020 was a major setback for the ruling Biju Janta Dal (BJD) as it lost its two strong leaders– Pradeep Maharathy and Bishnu Charan Das.

On July 6, party senor MLA Bishnu Charan Das passed away at the age of 67 after he suffered brain stroke.

He was elected to the State Legislative Assembly six times from Tirtol and Jagatsinghpur constituencies. Das was also nominated by the BJD for biennial Rajya Sabha elections in the year 2016. He was elected unopposed with senior BJD leaders Prasanna Acharya and N Bhaskar Rao. Later, he resigned as the Rajya Sabha MP in 2017 after being appointed as the Deputy Chairman of Odisha State Planning Board (OSPB).

Two months after his demise, former Minister and seven-time MLA Pradeep Maharathy breathed his last on October 4 after a long battle with COVID-19. He was admitted to the hospital after being tested positive for COVID-19 on September 14.

Born on July 4, 1955 in Pipili of Puri district, Maharathy started his political carrier as a student leader in SCS College, Puri much before formation of BJD. He had joined Janata Dal (JD) in 1985 and later joined BJD in 2000. In 2011, he was included in the state Cabinet with the portfolio of Agriculture and Fisheries Minister. In 2017, Maharathy served as the Minister of Panchayati Raj and Drinking Water Supply Department. He was associated with BJD for two decades.

Condolences across party lines poured in after the demise of two leaders.

Pranab Prakash Das gets 2nd most powerful position in BJD 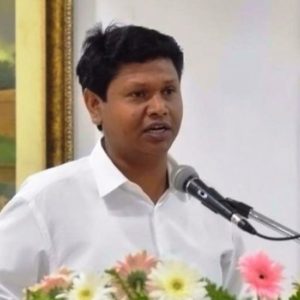 At a time, when the question ‘who will become the political heir of CM Naveen Patnaik’ remains unanswered, Pranab Prakash Das was appointed as BJD’s Organisational Secretary, which is according to party insiders, is the second most powerful organisational position after the President.

At an event marking Biju Patnaik’s 104th birth anniversary on March 5, Chief Minister Naveen Patnaik announced promotion of three-time MLA from Jajpur Pranab Prakash Das as the Organisational Secretary of BJD. With the appointment, Das was made in-charge of all organisational affairs of the ruling party.

“He has worked very hard in the 2014 and 2019 elections, besides by-polls in the state. He will oversee the overall work of the organisation,” CM Naveen had said while announcing the appointment. 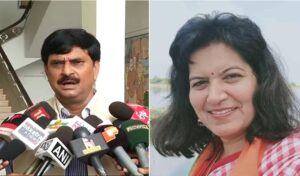 Amid the pandemic situation, ruling BJD and BJP got indulged in mud-slinging over violation of the ‘mask wearing’ norm of COVID-19. While Bhubaneswar MP Aparajita Sarangi drew criticism from various quarters for violations of COVID guidelines during her birthday celebration, cases were lodged against ruling party MLAs Samir Dash and Umakanta Samantray for attending funeral of MLA Pradeep Moharathy, despite testing positive for the deadly virus.

In the letter, Mishra said “the clips clearly show the MP being surrounded by hundreds of women who are neither wearing masks (except one) nor maintaining social distance and indulging in song and dance with utter disregard to COVID-19 guidelines issued under the National Disaster Management Act and the earnest repeated appeals made by Prime Minister regarding the same”.

Taking action for the COVID-19 norms violation, Bhubaneswar Municipal Corporation (BMC) sealed the MP’s office for 15 days . The office was sanitised before the next use. 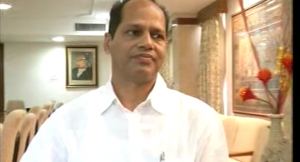 In yet another shocking turn of events occurred in the state’s politics, Gopalpur MLA Pradeep Panigrahi,  once known as a close aide of CM Naveen Patnaik, was expelled from primary membership of BJD for his anti-people activities.

The stringiest action against the leader was taken after his alleged links with tainted IFS Officer Abhay Kant Pathak’s son Akash and involvement in job fraud came to the fore. Later, the legislator was arrested by Odisha Crime Branch (CB) and later sent to Jharpada Jail on December 3.

Panigrahi, who was associated with BJD for over 10 years, had entered into active politics and elected to the State Legislative Assembly in 2009 as the party’s candidate from Gopalpur Constituency of Ganjam district. He was reelected in 2014 from the same constituency. CM Naveen Patnaik included him in his Council of Ministers giving him the portfolio of Higher Education, Science and Technology and Rural Development (RWS).