Bhubaneswar: During the COVID-19 pandemic situation, when Odisha was relentlessly working to contain the spread of the virus and make sure the state’s casualty figure remains minimal, some tokens of appreciation kept it motivated to keep going on.

Here are a few moments of pride for Odisha in 2020:

The recently-constructed Krushi Bhawan in the state capital added another feather to the pride of Odisha after it was adjudged as the ‘People’s Choice Winner’ at the AZ Awards 2020 in Social Good Category in September. It was the only project from India that received recognition globally. Earlier, the architectural marvel became India’s first government building and Odisha’s first-ever building to feature in Deezen, a prestigious international journal on architecture.

The 1.30 lakh square feet four-storied building was made to serve as office of the Odisha Agriculture and Farmers’ Empowerment Department. Designed by Studio Lotus at around Rs 70 crore, Krushi Bhawan was constructed out of the prize money that the state Government had received from consecutive Krishi Karman Awards over the years. It stands as a tribute to farmers of the state, the glorious Sambalpuri sarees and its timeless dignity. 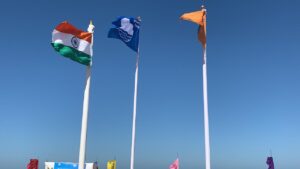 Through a video conference on December 28, Union Environment Minister Prakash Javadekar hoisted Blue Flag at the Puri beach apart from seven other beaches in the country.  The Foundation for Environment Education (FEE), Denmark awarded certification to the beach after the latter met its 33 criteria.

Notably, 870-meter stretch of the beach from Digabareni Square to the backside of Mayfair Hotel has been developed as Blue Flag beach under the World Bank-funded Integrated Coastal Zone Management Project (ICZMP) of the State Forest and Environment Department and Ministry of Environment, Forest and Climate Change. 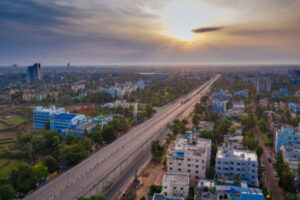 It was a proud moment for Odisha when its capital Smart City Bhubaneswar was declared the very first city in the country to receive ISO 9001:2015 certification for effective Faecal Sludge and Septage Management (FSSM) services.  As mentioned by the Bhubaneswar Municipal Corporation (BMC), the FSSM envisions for a totally sanitized, healthy and livable capital city.

The State Government took steps to implement a septage treatment plant to ensure treatment and thereafter safe disposal or reuse of the faecal waste. Reportedly, the treatment plant covered under the AMRUT scheme has been designed in a way that it is capable of handling faecal waste generate for the next seven years.

Worth mentioning the city has an efficient 75 KLD Septage Treatment Plant which has maintained the consistency of more than 100% utilization for last one year. The privately operated cesspool vehicles which were earlier disposing of the sludge on roadside drains and various water bodies are now coming to the Septage Treatment Plant for safe disposal of sludge. 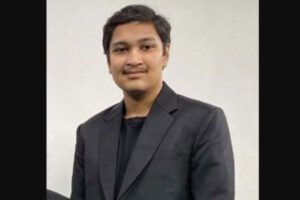 Soyeb had moved to Kota two years back for his NEET preparation. He was accompanied by his mother and sister.  He aspires to study MBBS and further specialize in cardiology and find treatment for heart-related diseases. 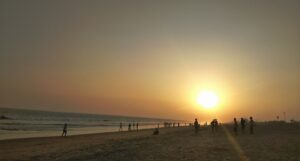 In November,  the Union Ministry of Fisheries, Animal Husbandry and Dairying crowned Odisha as the ‘Best Marine State’.  An Award comprising Rs 10 lakh cash reward was presented to the State Government during the celebration of World Fisheries Day on November 21. That apart, Kalahandi won the ‘Best Inland District’ award of Rs 3 lakh.

The awards were presented by Union Minister for Fisheries, Animal Husbandry and Dairying Giriraj Singh in presence of Ministers of State Pratap Chandra Sarangi and Sanjeev Kumar Balyan during an event organized in New Delhi on World Fisheries Day. 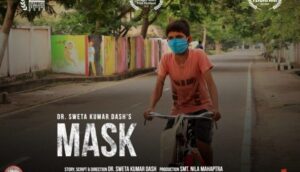 Taking inspiration from the new normal amidst the COVID-19 pandemic, senior OAS officer Sweta Kumar Das, who was deputed on COVID duty in Ganjam district, directed a short film titled ‘Mask’ that brought him accolades at the prestigious Quarantine Film Festival 2020.  Also, during the International Film Festival in Argentina this year, the short-film was chosen for the ‘International People’s Choice Award’ among more than 3,000 films.

The story revolves around a boy from an economically backward family in Berhampur of Ganjam district. Studies apart, he sells face masks made by his mother in the town. It’s his story of the struggle to sell the masks as many people do not buy those because they were low in price and not so appealing.