Flood fear: Ganjam admin braces up, directs to release 75 % water from all reservoirs 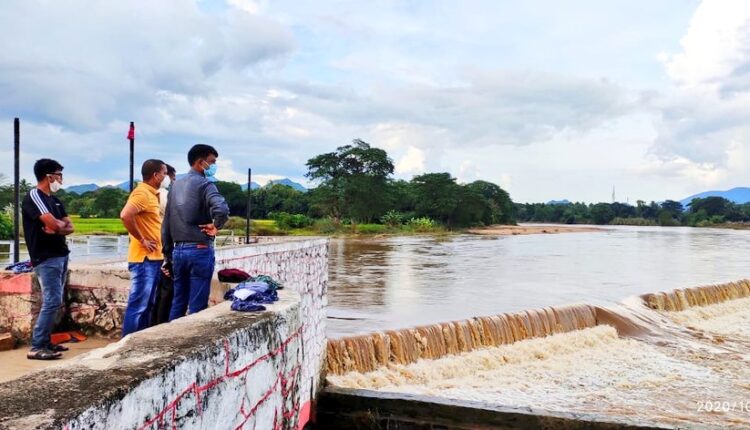 Berhampur: With heavy to very heavy rain expected to lash Ganjam district under the influence of a fresh low pressure likely to form over central Bay of Bengal today, the district administration has swung into action to avoid any eventuality.

Incessant rain last week has already led to a steep rise in water level of all reservoirs in the district. In view of the expected heavy rain, the district administration has directed officials concerned to release 75 % water from all the reservoirs. Following the direction,  water from the reservoirs including Daha, Bhanjanagar and Baghua dams is being released into rivers and canals.

Weather alert: Thunderstorm likely in these Odisha dists in…

Sub-Collector Rajendra Minz has visited all the dams and took stock of the situation. The water level of Russelkonda reservoir at Bhanjanagar stood at at 94.64 metre this morning against its capacity of 96 metre.  Similarly, Soroda and Daha reservoirs were flowing at a height of 92.31 and 117.90 metre this morning against their capacity of 91.30 metre and 113.85 metre, respectively.

On the other hand, the released water has flooded agriculture lands in various parts of the districts affecting the farmers.

Meanwhile, Ganjam PD DRDA  Dattatraya Bhausaheb Shinde visited Sorada and Baragada areas  to take stock and also discussed with the Sub-Collector and other officials regarding preparatory arrangements. He directed the officials concerned to ensure available of medicines and dry foods for people residing in low-laying areas.