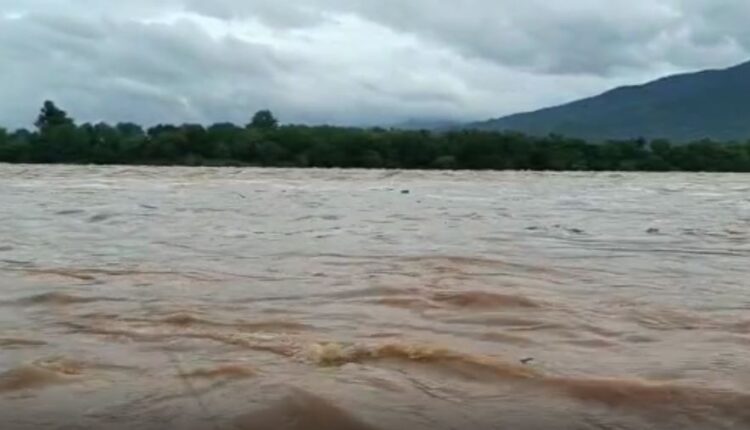 Bhubaneswar: Heavy rainfall triggered by depression has caused flood-like situation in several areas of Odisha as the state received 54.5 mm rainfall within 24 hours.

Jagatsinghpur district received the highest rainfall of 132.8 mm during the period, followed by Sundargarh (100.3 mm) and Puri (92 mm).

The incessant downpour led to waterlogging in low-lying areas of several districts of the state causing inconvenience for people.

On the other hand, water level rose rapidly in several rivers owing to the heavy rainfall as Baitarani at Akhuapada and Jalaka at Mathani were flowing above danger level, this evening.

Collectors of Sambalpur, Subarnapur, Boudh, Nayagarh, Angul, Cuttack, Puri, Jagatsinghpur, Khurda, Kendrapara, Bhadrak, Jajpur and Keonjhar have been instructed to remain watchful keeping in view the adverse effect of possible flood and take all preparedness measures to meet any eventuality.

Below is the summary of the situation in various districts as reported by officials: