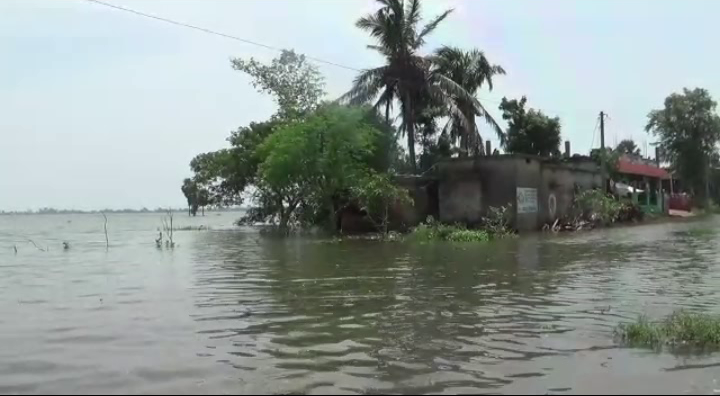 Khurda: Following incessant rains in the upper catchment areas of Mahanadi river, there has been rise in the water level of Rajua river triggering flood-like situation in Khurda district.

Flood water in Rajua river has submerged 20 villages under five panchayats of the region. The affected panchayats are Orabarasingh, Manpur, Raipur, Dhiakhala and Ormi.

Sudden rise in the water-level of the river has damaged crops in the area. Water was overflowing on the approach road disrupting road communication and normal life of the villagers.

Flood-like situation has also emerged in many villages under Kanas Block in Puri District.