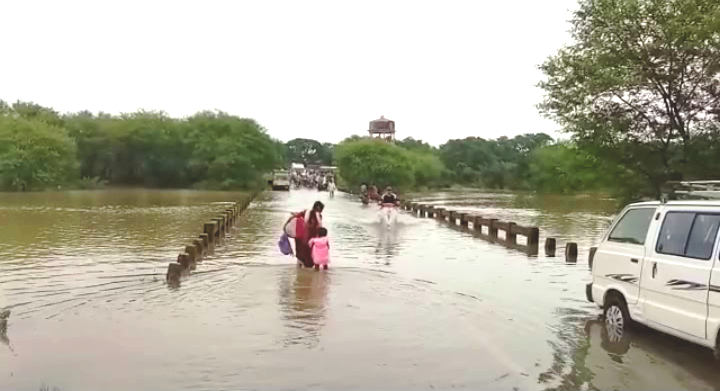 Bhubaneswar: In view of possible flood, the Special Relief Commissioner (SRC) has directed Collectors of 11 districts on Mahanadi river basin including, Cuttack, Jagatsinghpur, Boudh and Sonepur to remain alert to tackle any kind of eventuality.

Though SRC Bishnupada Sethi claimed that the situation is under control control till now, the district administrations have been asked to take precautionary measures.

Sethi said that NDRF and ODRAF teams have already been deployed in districts like Cuttack, Jagatsinghpur, Bhadrak, Jajpur and Puri whereas people residing in low-lying areas have been asked to remain alert and shift to safer places, if required.

He informed “Currently, 6 lakh cusecs of flood water is flowing through Munduli. But 8.5 lakh cusecs of water will pass through the barrage around midnight tonight.”

Yesterday, flood water engulfed a few places in Bhadrak district including Tihid and the Municipality area. However, the situation is under control, Sethi added.

Meanwhile, water level of Mahanadi river has reached 105.43 metres against danger mark of 109 metres at Khairamal in Boudh flood as water is being released from Hirakud Dam through 25 gates.  The district administration has been put on high alert.