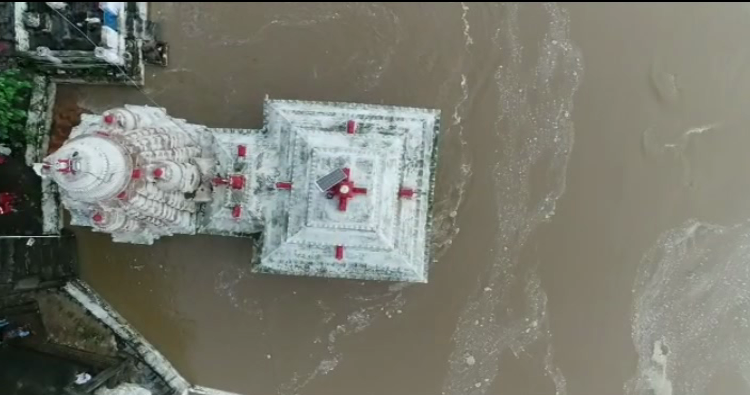 Cuttack: In view of public gathering to see floodwater at Maa Bhattarika Temple situated on the bank of Mahanadi River in Cuttack district, local authorities imposed section 144 around the shrine preventing entry of locals into the area.

However, only servitors of the temple will be allowed to enter into the temple for the rituals of deity.

The prohibitory order came to avoid untoward incident at the shrine, which has been covered with floodwaters following opening of a number of sluice gates of Hirakud Dam to release excess floodwaters into downstream.

The IIC of Baramba Police Station has been directed to maintain law and order to prevent any breach of peace.

Meanwhile, the servitors have relocated the idol of Maa Bhattarika from the sanctum sanctorum after the floodwaters inundated the temple in past two days.