Floral decoration at Puri Jagannath Temple will leave you jaw-dropped 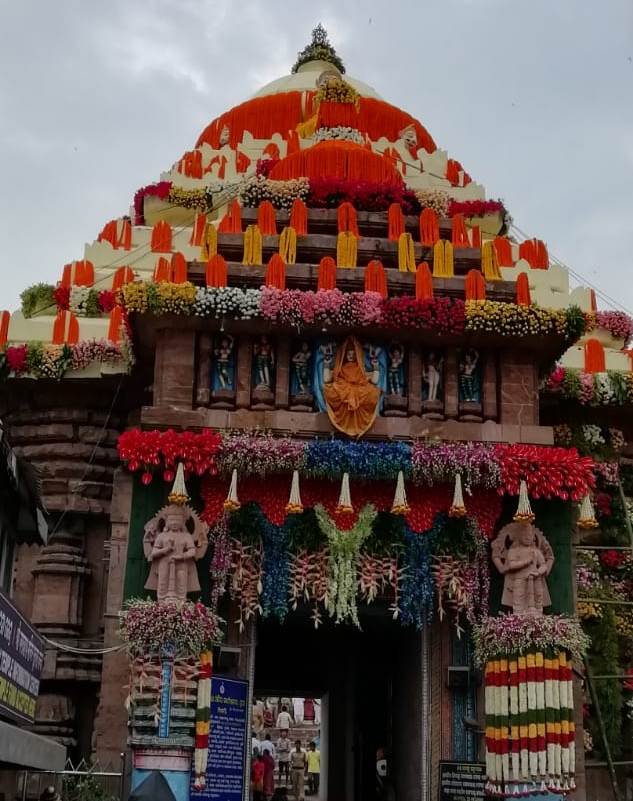 Puri: Puri Srimandir, which attracts devotees from across the globe for Lord Jagannath, today drew eyeballs for its beautiful decoration with flowers ahead of world famous Ratha Jatra.

For the first time, Srimandir in Odisha’s pilgrim city Puri has been adorned with colourful flowers for the Ratha Jatra of Lord Jagannath commencing tomorrow.

Surprisingly, the project for beautification of the centuries old shrine with fresh flowers was not undertaken by the Shree Jagannath Temple Administration (SJTA), rather by a Delhi-based devotee namely KK Sharma, who has spent between Rs 15 lakh and Rs 20 lakh.

The devotee of Lord Jagannath has not only decorated Srimandir, but also the task to beautify Gundicha Temple, where Lord Jagannath along with siblings will stay during 9-day festival, has been handed over to him, sources in SJTA informed.

Hence, the Gundicha shrine will appear fresh and beautiful with enchanting flowers everyday from tomorrow during 9-day sojourn of Lord Jagannath.

According to reports, Sharma is engaged in the major task with around 200 flower decorators from Delhi. Around 15-20 trip flowers are expected to be used for beautification of two shrines. They will also decorate Srimandir on Suna Besha and Niladri Bije with flowers.

Here are some pictures of Puri Srimandir that has been bedecked with flowers like a bride:

I am to blame for Congress rout, no more President: Rahul

CCEA approves increase in MSP for all kharif crops